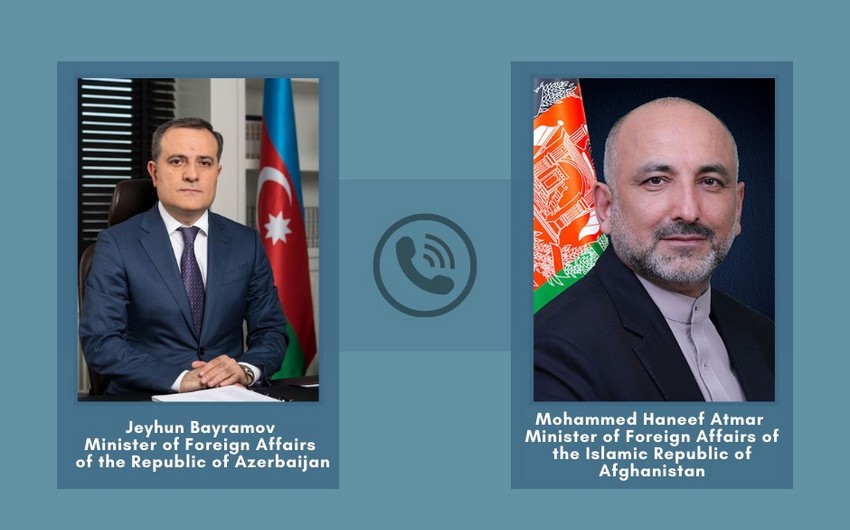 On October 5, 2020, on the Foreign Minister of the Islamic Republic of Afghanistan's initiative, a telephone conversation took place between Minister Jeyhun Bayramov and Mohammed Haneef Atmar, Minister of Foreign Affairs of Afghanistan, MFA told Report.

Minister Mohammed Haneef Atmar expressed concern over the tensions in the region and reiterated the support of Afghanistan to Azerbaijan.

Minister Jeyhun Bayramov highly appreciated the support of the brotherly country Afghanistan to Azerbaijan's sovereignty and territorial integrity and referred to the recent statements of the National Council of the Islamic Republic of Afghanistan.

Bayramov informed his colleague on the latest tensions in the region, especially Armenia's deliberate shelling the Azerbaijani civilians and civilian objects. Casualties among the civilian population and destruction of civilian infrastructures due to the purposeful targeting by armed forces of Armenia the Azerbaijani cities located far from the line of contact were underlined. Azerbaijani FM stressed that strict respect to the norms and principles of international law and implementation of UN SC resolution is necessary for ensuring peace and security in the region.