Unusual artifact found inside 2000-year-old mummy The mummy comes from a northern Egyptian necropolis excavated in 1910. Researchers first placed the remains in a computerized tomography scanner, which has been used in the past to peer beneath mummy bandages 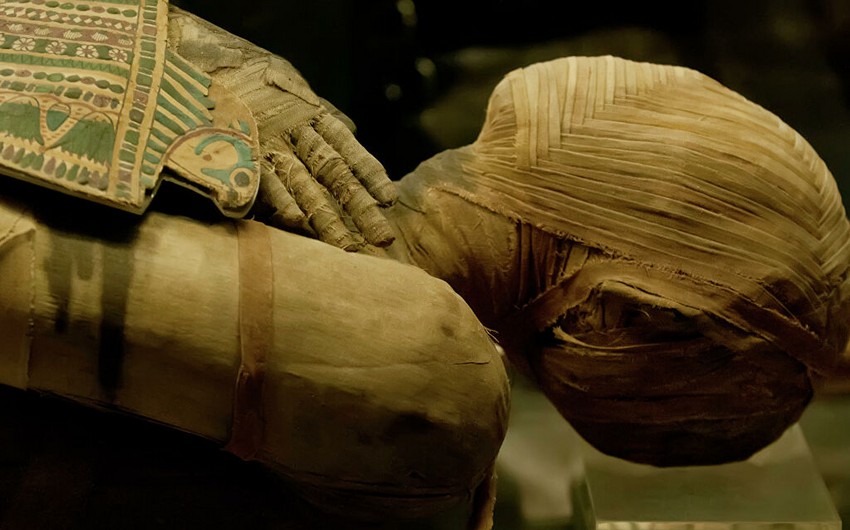 Thanks to a bit of help from a particle accelerator, scientists have discovered an unusual amulet interred with a 2000-year-old mummy, Report says, citing RIA Novosti.

The mummy comes from a northern Egyptian necropolis excavated in 1910. Researchers first placed the remains in a computerized tomography scanner, which has been used in the past to peer beneath mummy bandages. That created the image above: a skeleton with a few dozen small artifacts.

The scientists then took the ancient body to a synchrotron particle accelerator facility at Argonne National Laboratory. They used intense x-ray beams to identify the materials used to make those artifacts.

Among the discoveries was a 7-millimeter-long artifact made from a mineral called calcite, the team reports today in the Journal of the Royal Society Interface. It was located near the mummy’s belly, where the body was cut open to remove the organs during mummification. The researchers speculate that the object was an amulet placed near the site of evisceration to offer spiritual protection. It may have been carved into a scarab beetle shape, a popular form for amulets in Egypt.

The team was also able to confirm that the mummy’s skeleton—which is just 94 centimeters long—belonged to a child about five years of age. That’s surprising, considering that the portrait painted on top of the mummy shows an adult woman. As such, the scientists say, the paintings may not always have been an accurate depiction of the dead individual inside. In this particular case, the image may represent how the child may have looked had she survived into adulthood.