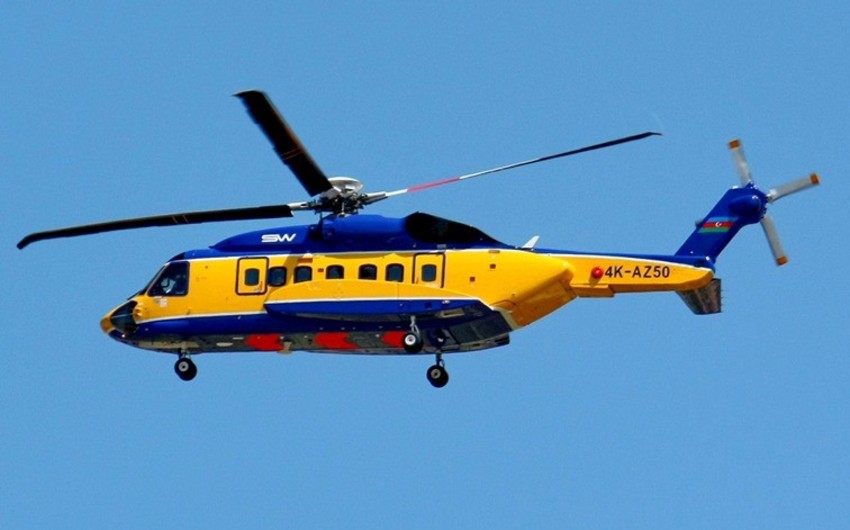 Baku. 23 May. REPORT.AZ/ The Service Center for helicopter major repairat Silk Way Helicopter Services carried out the major overhaul of Mi-8AMT/MTVhelicopters for the first time.

Report was told in the press service of Silk Way Helicopter Services, the decision to create such a center in Azerbaijan was taken in 2016 within the framework of the Azerbaijan International Defense Exhibition (ADEX).

As part of the first phase of its activity, since November 6, 2017, major repair of Russian-madeMi-8AMT/MTVhelicopters began at the SWHS’s base airportZabrat. The repair was carried out and controlled by the specialists of the Russian Aircraft Repair Plant No. 356 (Engels) with the direct participation of the Airline’s specialists.

Repair of Mi-8AMT/MTV helicopters was carried out at a professional level jointly with specialists of Silk Way Helicopter Services LLC.

In accordance with the instructions of the Aircraft Repair Plant, the dismantled units were sent for repairs to the plant No. 356 (further repairs of this equipment are planned in Baku as further mastering of helicopter overhauls.) The fuselage of the helicopter and avionics were also repaired after the condition inspection.