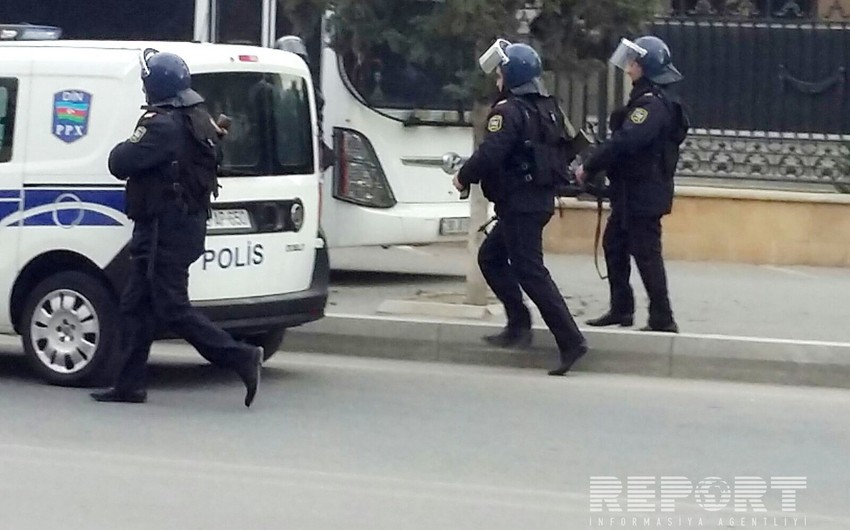 Report informs, officials and vehicles of the Ministry of Internal Affairs (MIA) involved around the area.

Special operation was held by the Ministry of Internal Affairs on November 26 in Nardaran Settlement of Baku city.

During the operation, showing armed resistance to police, they fired from automatic weapons, and threw hand grenades. In response to attacking fire, the special team had to use service weapons and as a result4 members of a criminal gang were killed and several injured.

Despite the growing number of armed supporters of the group, the police officers bravely performed their professional duties, 2 policemen have heroically died.

A large number of automatic weapons, hand grenades, and other weapons were taken from the scene as physical evidence. 14 members of the criminal group and Taleh Bagirov were detained.

A criminal case has been launched on the fact by General Prosecutor's Office of the Republic of Azerbaijan, the investigation is underway.