​The Co-Chairman of OSCE MG Warlick arrived in the UK 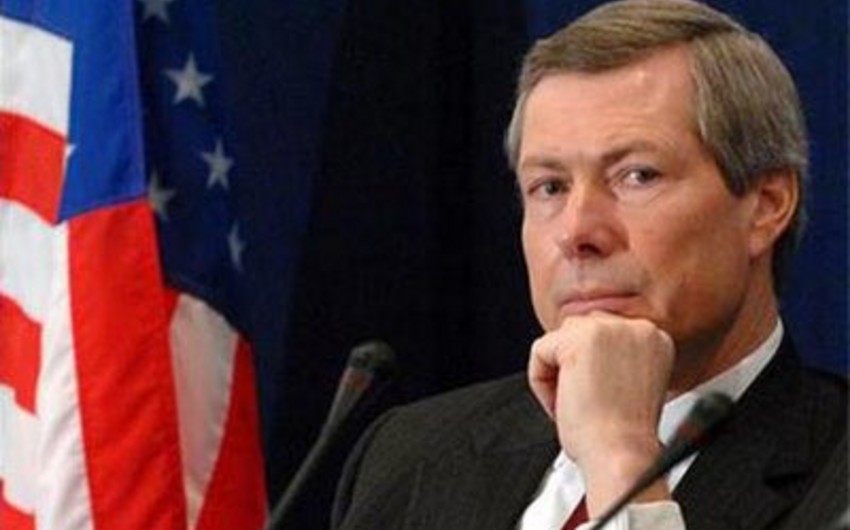 Baku. 4 September. REPORT.AZ/ The Co-Chairman of OSCE Minsk Group James Warlick has arrived in the UK.

Report informs citing Tweeter page of him, Warlick will attend the NATO summit, which will be held on September 4-5 in Wales.

Earlier, Armenian newspaper "Haykakan Zhamanak" announced citing the close to the presidential administration sources that Armenian President Serzh Sargsyan had agreed to meet with Azerbaijani President Ilham Aliyev this week in the capital of Wales - Cardiff in the framework of the NATO summit. According to the publication, the initiator of the meeting was the Secretary of State, John Kerry.