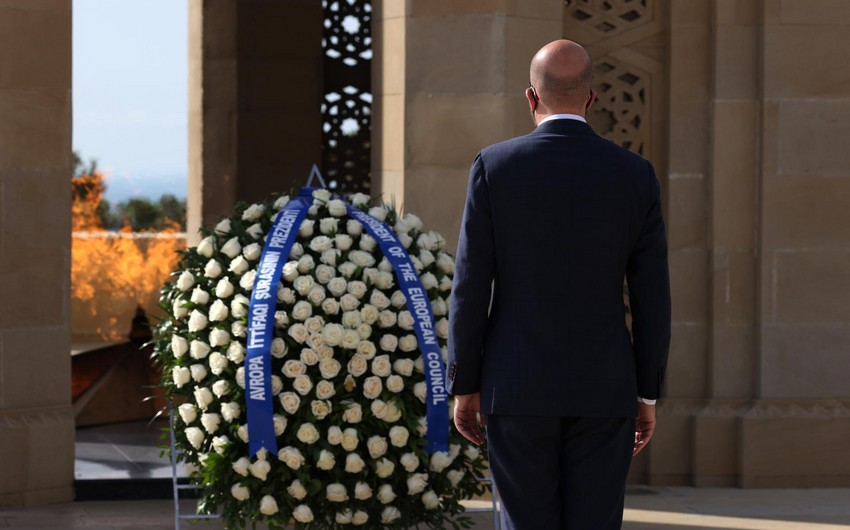 Today the President of the European Council Charles Michel visited the Martyrs' Alley in Baku, the EC president tweeted, informs.

"A secure, stable and prosperous South Caucasus region is in the interest of the EU and an integral part of our Eastern Partnership

President of the European Council arrived in Azerbaijan yesterday, on July 17.

Charles Michel was met at the Heydar Aliyev International Airport by the First Deputy Prime Minister of Azerbaijan Yagub Eyyubov, Head of the Azerbaijani Representation to the European Union Fuad Isgandarov and other officials.