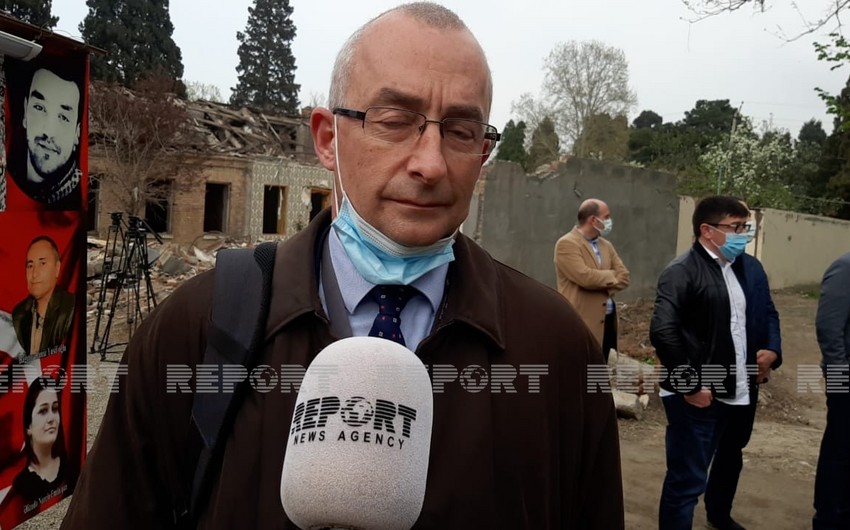 “What we have seen is regrettable. I'm glad it's all over,” State Secretary for Security Policy of the Hungarian Foreign Affairs and Trade Ministry Péter Sztáray said during his visit to Ganja, Azerbaijan’s second-largest city, informs.

Sztáray visited Ganja as part of the Turkic Council delegation on April 11.

According to the official, Azerbaijan has very close and strategic relations with Hungary:

“Hungarian Foreign and Trade Minister Péter Szijjártó was on an official visit to Azerbaijan. We have always supported the territorial integrity of Azerbaijan. I am very glad that peace has been established. We also visited the Karabakh region today. I hope that the restoration work in Karabakh will be completed successfully in the near future.”

The officials paid a visit to the Imarat cemetery in Aghdam, where the graves of the Karabakh Khanate's Azerbaijani Turkic nobility, including its khans, are located. Then they visited the Juma Mosque in the city, built in 1868-1870.