Azerbaijan and Canada foreign ministers have exchange of congratulatory letters 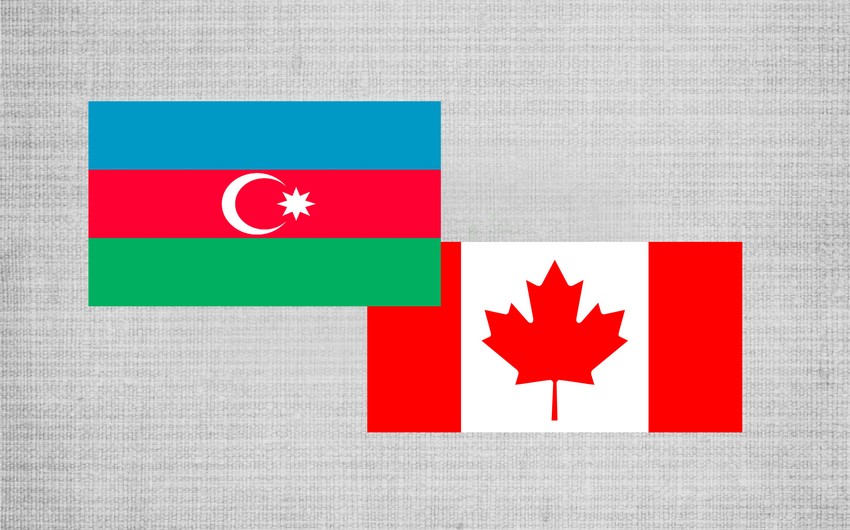 Baku. 24 August. REPORT.AZ/ Foreign Minister of the Republic of Azerbaijan Elmar Mammadyarov and Minister of Foreign Affairs of Canada Chrystia Freeland had an exchange of congratulatory letters on the occasion of the 25th anniversary of the establishment of diplomatic relations between the two countries.

Report was informed in the press service of the Azerbaijani Ministry of Foreign Affairs, in the letter addressed to his counterpart Foreign Minister Elmar Mammadyarov said that two nations enjoy friendly, sincere bonds established on a solid foundation of mutual understanding and stressed that the visions of two states coincide on many international issues.

Elmar Mammadyarov mentioned that over the past years there was remarkable advancement in bilateral trade and investments with Canadian engagement into Azerbaijan’s energy, infrastructure and telecommunications projects. Also Minister said that many opportunities in other sectors of the economy inspire Azerbaijan and Canada to foster advantageous cooperation.

Elmar Mammadyarov, by emphasizing the fragility of existing status-quo of Armenia-Azerbaijan Nagorno Karabakh conflict, highly appreciated the support of Canada to the settlement of the conflict on the basis of sovereignty, territorial integrity and inviolability of internationally recognized borders of Azerbaijan as cemented in UN Security Council resolutions 822, 853, 874, and 884 which also demand the immediate and unconditional withdrawal of occupational forces of Armenia from the territories of Azerbaijan.

Minister mentioned that the immense potential for further cooperation creates an excellent opportunity to substantiate the scope of relationship between two countries for their benefits.

Minister of Foreign Affairs of Canada Chrystia Freeland in the letter addressed to Minister Elmar Mammadyarov expressed her pleasure to celebrate anniversary of the strong ties between two countries that have grown considerably over the past 25 years. Furthermore, she mentioned that two nations have developed a close cooperation since 1992, particularly through bilateral trade and investment relationship and added that she will look forward to pursue the many opportunities that will continue to become available in the years to come.

Minister Freeland pointed out that two nations laid foundation to ensure that Canada and Azerbaijan will continue to collaborate and prosper together for the next 25 years. She said that she will look forward to work to this end and to deepening the people-to-people and commercial ties between two countries.