British Minister: Karabakh conflict 'will require courage, difficult decisions and compromises' London. 14 February. REPORT.AZ/ Interview of British Minister of State for Europe and the Americas and the Member of Parliament (MP) Alan Duncan with London bureau of Report.
120194 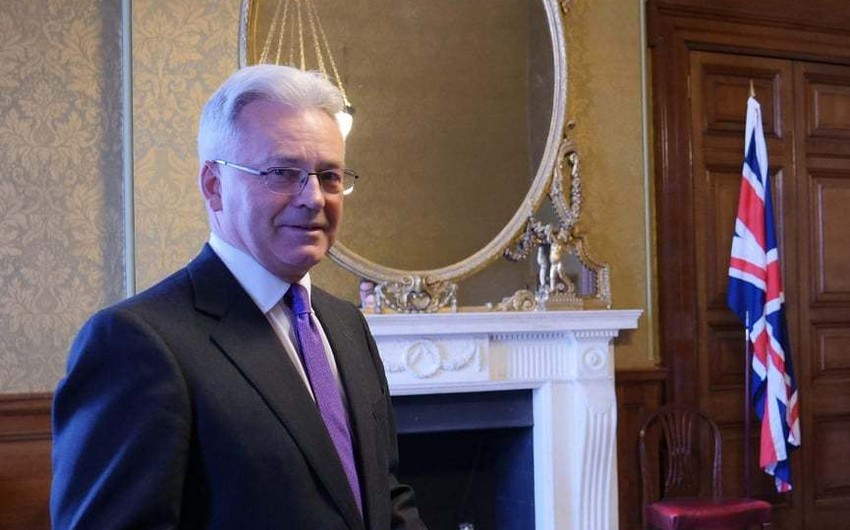 London. 14 February. REPORT.AZ/ Interview of British and the (MP) Alan Duncan with London bureau of Report.

- How do you assess the current relations between Azerbaijan and the UK?

- The United Kingdom and Azerbaijan enjoy excellent political and economic relations. It is a relationship we attach great importance to and one we will continue to strengthen.

Strong economic relations are at the heart of our bilateral relationship. The UK is the largest foreign investor in Azerbaijan. BP has built a long-term special relationship in the oil and gas sector beginning with the 1994 ‘Contract of the Century’. This has helped nurture a generation of engineering talent in Azerbaijan, transforming the country into the dynamic nation it is today.

Our cooperation extends far beyond trade. We have forged close partnerships in the educational, cultural and creative sectors. Every year we welcome new Chevening scholars from Azerbaijan to the UK, and thousands of Azerbaijani students have studied at UK universities.

Our political relations are also in excellent health. The Prime Minister was delighted to host President Aliyev in London last year. I led our annual strategic dialogue in October, and our annual trade talks- the Joint Intergovermental Commision- will take place in April. The Prime Minister’s Trade Envoy, Baroness Nicholson, will represent the UK at the Southern Gas Corridor Advisory Council this month.

- How can the two countries contribute to regional co-operation, especially how the UK can contribute to the security in the South Caucasus?

- The UK is committed to the security and stability of the South Caucasus. Through our bilateral relationships with all three South Caucasus states and our membership of international organisations such as the Council of Europe, NATO and the UN, we work to support efforts to end conflict and promote peace.

Although the UK is not a member of the OSCE Minsk Group on resolving the Nagorno- Karabakh conflict, we take every effort to promote the process and support the Minsk Group Co-Chairs in their work. Resolving the conflict will help unlock prosperity and enhance stability across the region.

UK Government programming in the South Caucasus aims to boost internal resilience, promote people- to-people connections and create platforms for dialogue. We believe this approach will help promote conflict resolution and, in turn, the security of the whole region.

- Britain is expected to leave the EU in March. How will this process affect Britain?

- We want a new, flexible and scalable foreign and security partnership with the EU, which builds on the breadth and depth of our shared interests and values. This should enable us to continue to work together to respond to global challenges where we want both in Brussels and around the world.

Leaving the European Union with a deal remains the Government’s top priority. We are confident that a majority in Parliament for leaving the EU with a deal can be secured.

- What is the position of the UK on the Nagorno- Karabakh conflict resolution?

- The UK fully supports the OSCE Minsk Group’s role in the peace process and encourages Azerbaijan and Armenia to accelerate efforts to build confidence and achieve a negotiated settlement.

We recognise that finding a solution to this conflict will require courage, difficult decisions and compromises from all sides. We encourage all those concerned to act in good faith to make an agreement happen.

While the UK does not play a direct role in the Minsk Group, we fully support the efforts of the American, French and Russian Co-Chairs and encourage the sides to engage constructively in the negotiation process.

- How is the relationship between the USA and Great Britain? Is there any progress or decline in these relations since Trump’s presidency?

- The UK has a special and enduring relationship with the United States based on our long history and commitment to shared values. The US and UK are natural, resilient and strong partners and allies and we do more together than any two countries in the world. The visit last year by President Trump underlined just how close and important the relationship is to our security and prosperity. 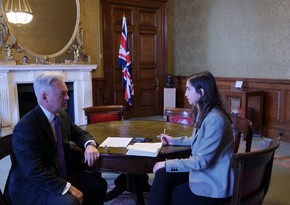