UN Secretary General: Goal of 2016 is to solve conflicts, defeat ISIS In his annual briefing to the General Assembly Ban Ki-moon also underlined that nuclear weapons are an existential threat to humanity 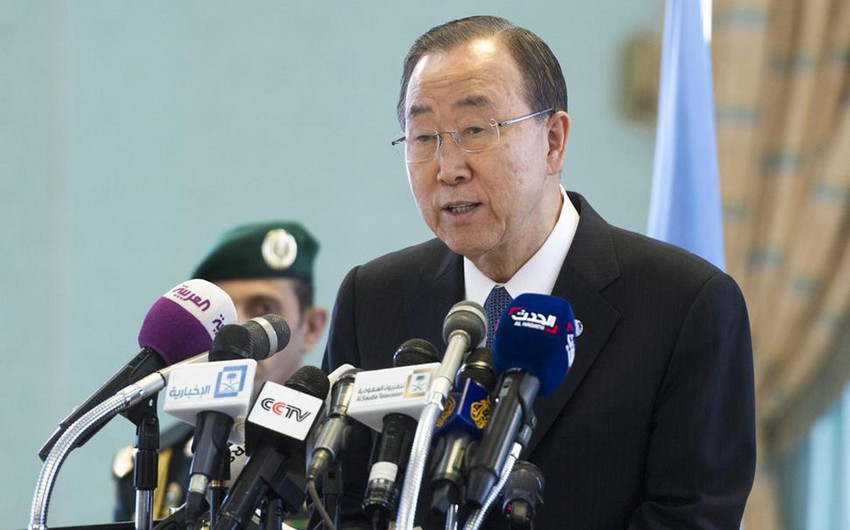 Baku. 15 January. REPORT.AZ/ UN Secretary-General Ban Ki-moon has called for ending the conflicts that global divisions have helped prolong, defeat the Islamic State and other terrorist groups and put disarmament and non-proliferation back at the forefront of the international agenda, Report informs referring to the Russian TASS.

"In 2016, we must end the conflicts that global divisions have helped prolong, do far more to protect vulnerable populations, and show that we are serious about preventing the upheavals of tomorrow," he said during an annual informal briefing to the General Assembly.

In his speech, the UN chief particularly focused on the war in Syria, accusing the conflicting sides of violating human rights and also called the blockade of towns a military crime. Ban Ki-moon reminded that he will unveil his action plan on preventing extremism.

"Our challenge is to defeat Da-esh, Boko Haram, al-Shabaab, Al Qaeda and other such groups - without defeating ourselves through counter-productive approaches that fuel the extremism we are trying to extinguish."

The UN chief also underlined that nuclear weapons are an "existential threat to humanity."

The countries that regard their security "as a matter of retaining or attaining nuclear weapons are only increasing risk - their own and the world’s," he warned.

He declared that 2016 must be a year in which landmark decisions on sustainable development "gain solid footing on the ground." Ban Ki-moon’s term will expire on December 31, 2016. His successor will be chosen within a year.