​Azeri Ambassador presents his credentials to the President of Guyana

​Azeri Ambassador presents his credentials to the President of Guyana "Azerbaijan is committed to the fundamental principles of international law, particularly, respect for the sovereignty and territorial integrity"
1237 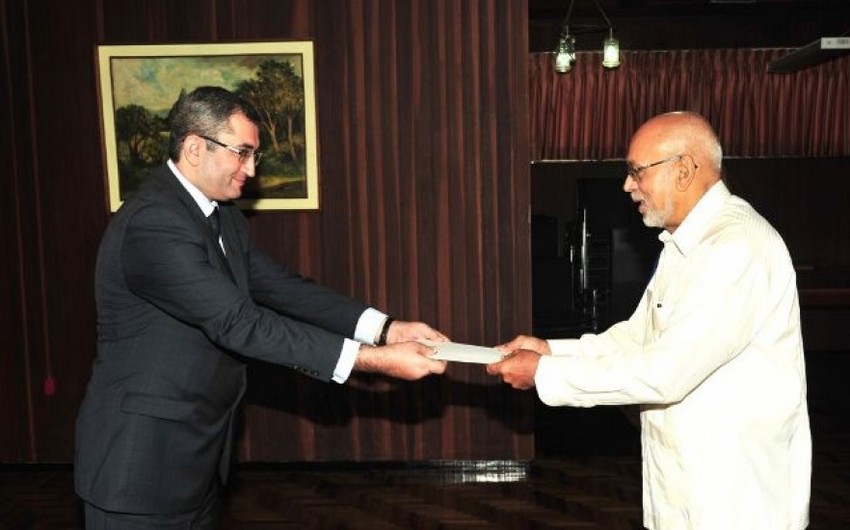 Baku. 10 October. REPORT.AZ/ The first Azerbaijani Ambassador to Guyana Elnur Sultanov presented his credentials to the President of this country Donald Ramotar.

Report informs citing Guyana Times, at the meeting the Ambassador said he would do everything for the development of bilateral relations based on mutual trust, understanding and respect.

"The two countries have much in common and a lot of potential for fruitful cooperation on a range of issues. Azerbaijan is committed to the fundamental principles and norms of international law, particularly, respect for the sovereignty and territorial integrity, the principles of democracy, market economy and respect for human rights," the Ambassador said, adding that the visits of high-level delegations of the two countries would allow countries to discuss the agenda of bilateral relations.

In turn, the President of Guyana issued that much has changed since the establishment of relations between the two countries, on September 1, 1995.

He said that with developments in communication, transportation and technology, doors have been opened for a much more focused and dynamic engagement.

In particular, he noted that it is possible to cooperate in the field of trade, agriculture, food production, energy and healthcare sectors.