Angela Merkel phones President Ilham Aliyev During the telephone conversation, the sides also discussed possibilities to restore the ceasefire and the negotiation process
137 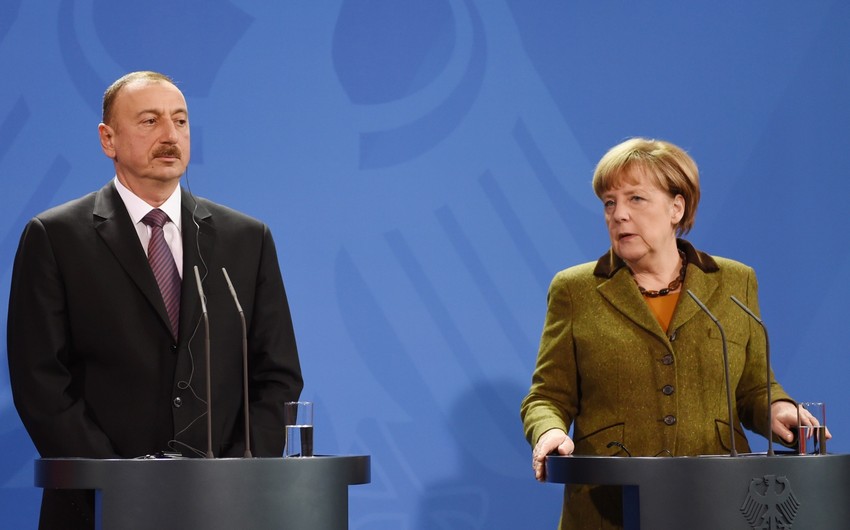 On September 29, Federal Chancellor of the Federal Republic of Germany Angela Merkel made a phone call to President of the Republic of Azerbaijan Ilham Aliyev.

German Federal Chancellor Angela Merkel expressed her country's concern over the armed clashes on the line of contact between Armenia and Azerbaijan and inquired about the events.

President Ilham Aliyev noted that on the morning of September 27, Armenia committed a military provocation against Azerbaijan and shelled military units, towns, and Azerbaijan villages along the contact line, using heavy artillery. As a result,  Azerbaijani servicemen, 10 civilians, including two children, were killed, 29 civilians were wounded, and 150 houses were destroyed. The head of state said the Azerbaijani side launched a counter-offensive operation.

The Azerbaijani President noted that the Armenian Prime Minister's statement "Karabakh is Armenia, full stop" made the negotiation process senseless. The Armenian leadership's demand that Azerbaijan negotiates with the self-styled "Nagorno-Karabakh Republic" should be assessed as an attempt to change the format of negotiations. Simultaneously, the head of state said that the Armenian defense minister had threatened Azerbaijan with a new war for new territories, adding that this plan was being implemented in reality.

President Ilham Aliyev added that Armenia was conducting a policy of illegal settlement of foreign citizens in Azerbaijan's occupied territories, which is a gross violation of international law under the Geneva Convention, adding that it is considered a war crime.

During the telephone conversation, the sides also discussed possibilities to restore the ceasefire and the negotiation process.