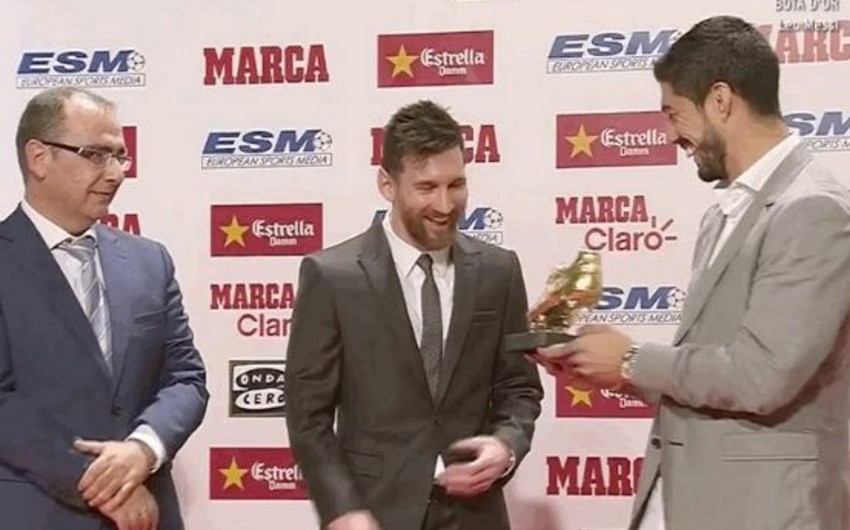 Report informs, however, it was revealed in May that the Argentine became holder of the award fourth time, it was given only now.

Messi was presented with the trophy by teammate Luis Suarez.