Fans share their impressions about the final match - VIDEO

Fans share their impressions about the final match - VIDEO Chelsea fans began celebrating the victory before the Europa League final in Baku ended. Report's correspondent learned their impressions regarding the match. Tourists arriving in our capital city said they saw a fantastic show at the Baku Olympic Stadium. They said that they liked the city, that Baku is very beautiful and that they would like to come here again.

Though Arsenal fans were upset, they admitted that the rival showed a good game.

Notably, Arsenal lost to Chelsea 4:1 in the Europa League final. 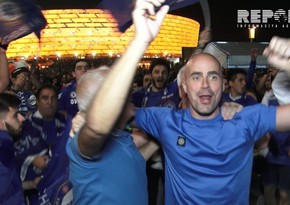 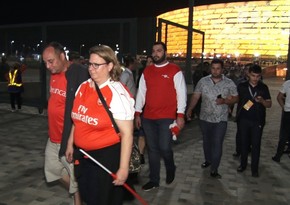