Eddy Israfilov: Before you could very easily defeat Qarabag, but now it’s not so

Eddy Israfilov: Before you could very easily defeat Qarabag, but now it’s not so Footballer of Azerbaijan national team cites example of Alcorcon-Real Madrid match
1312 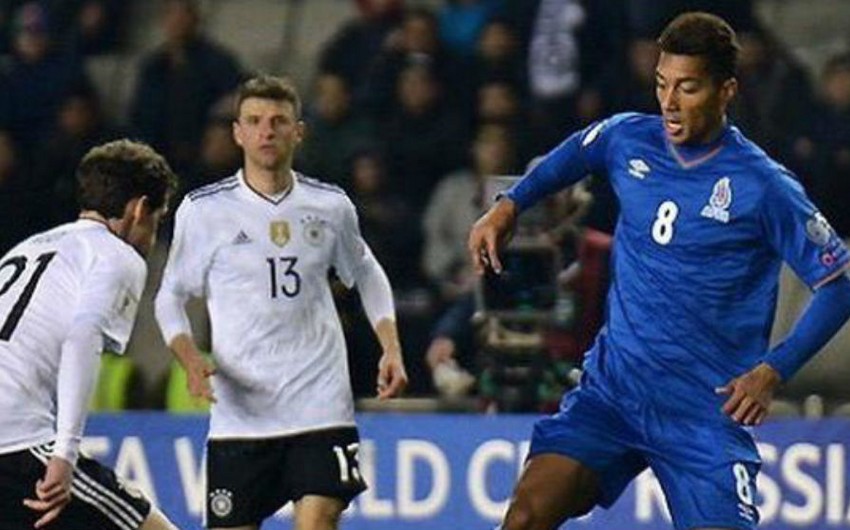 Baku.17 October. REPORT.AZ/ “Before you could very easily defeat Qarabag, but now it’s not so”.

Report informs, footballer of Azerbaijan national team and Gimnastic club of Spain Eddy Israfilov told the Marca about Qarabag-Atletico match to be played in the third round of Champions League group stage.

25-year-old midfielder said Qarabag may surprise on the match with Madrid club on October 18. "Such things happen in football. As Atletico did by defeating Real Madrid with a score of 4:0," he said.

Istafilov also talked about Baku Olympic Stadium that will host the game: “Baku is a luxurious city, every year new buildings are constructed. There have been serious changes in the last 5-10 years. Though it is not felt in some places yet. Baku Olympic Stadium is similar to Allianz Arena. It is newly built modern arena. We regularly play there. But it also depends on the rival.”

Israfilov also spoke about the playing of Azerbaijan national team. Midfielder said greater attention paid for national team, further improvement of game and results. “My father is from Angola, but he has studied in Azerbaijan. He met my mother there. Later they moved to Spain to search for a job. As I know Russian and English I can communicate in the team. I speak with the head coach Robert Prosinečki in Spanish. They contacted me earlier to play in the national team. But Robert Prosinečki was a specialist who gave priority to me. He is a nice coach. A lot of things in Azerbaijani football change for the better. Greater attention given to the national team, improvement of game and results. But if you are in the same group with Germany it is not easy to get results.”

Eddy Israfilov was not invited for the last matches of the national team.