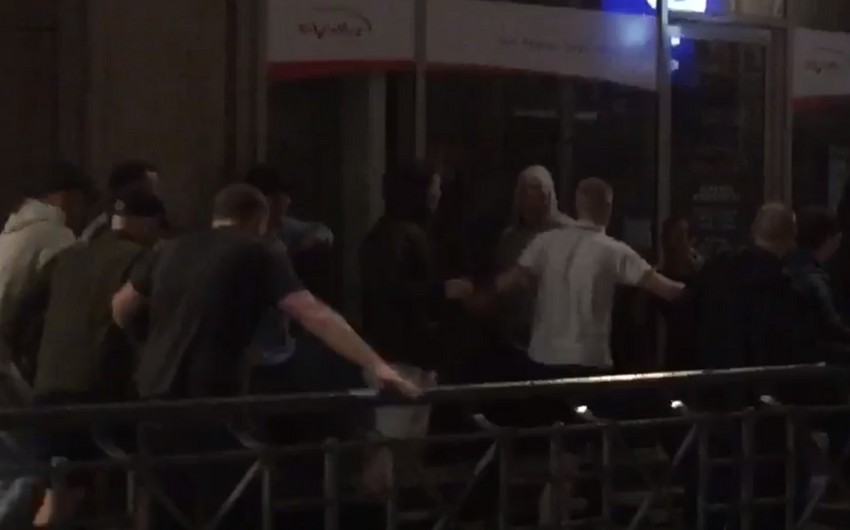 Baku. 15 June. REPORT.AZ/ A British football fan outraged on the Russian flag in downtown Lille, a TASS reporter said in an eyewitness account from the scene, Report informs referring to the TASS.

More than a hundred fans of England’s team, many of them half-drunk, gathered in a bar on the square in front of the Lille railway station. One of them took out a small Russian flag.

First the fans started waving it in front of TV cameras and one them threw it on the ground and began to trample on it.

Russia and England drew a game 1-1 in Marseilles on June 11. Fans of the two teams clashed before and after the game, leaving more than 30 people injured.

Reports said on Tuesday one British fan was in a critical condition.

Fans launched two flares during the game. Police had to use smoke pellets, tear gas and a water cannon.