Report: Gold price may reach 1,300 USD per ounce Demand for gold is rising against the backdrop of negative economic news and the passivity of the Fed
605 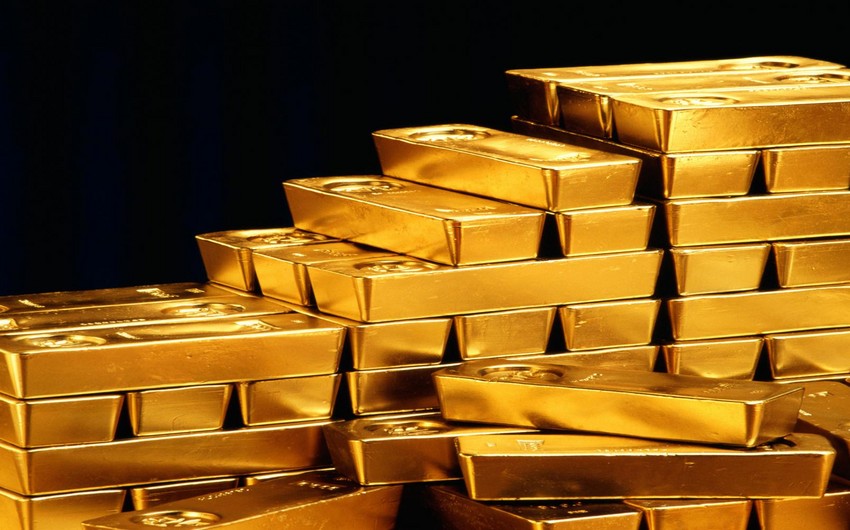 Baku. 9 February. REPORT.AZ/ Gold prices in global commodity markets showed growth in the period from 29 January to 8 February, rising from 1 108 to 1 200 USD/ounce. Against the backdrop of dangerous signals for gold demand in the world economy, as the most reliable investment tool increased by 8.3% or 92 USD/ounce in last 8 days. Last time an ounce of gold sold for higher than 1 200 USD on June 19, 2015.The rise in price of gold has led to a sharp rise in the value of shares of producer countries in global stock markets.

Report informs, price of gold increased by 12% since the beginning of 2016 rose amid growing demand for gold, publication of negative performance of the global economy, the lack of positive prospects in the near future.US economic indicators below forecast, the reduction in GDP growth in the world economy, in particular in China, a sharp fall in stock market indices, will likely contribute to shelving raising the key rate this year. Some investors even predict the Fed's use of negative interest rates following the example of the European Central Bank (ECB) and the Japanese Central Bank (BOJ). All this coupled with the geopoliticaal risks turn gold in non-alternative investment tool.

Analytical Group of Report predicts growth rates for gold, first to 1225 dollars/ounce, then to 1300 dollars / ounce.In general, if the Fed will continue raising interest rates, the price of gold in the medium term, will decrease to 800 USD/ounce.