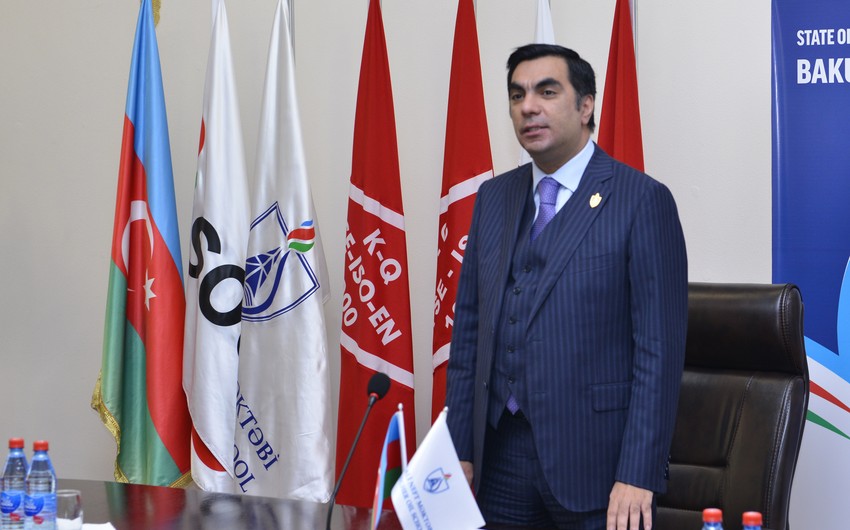 Opening the gathering, Rector of the Higher School Elmar Gasimov said that October 18 is one of the most remarkable dates in the history of modern Azerbaijan. He dwelled on the significance of this holiday, which symbolizes successful struggle of Azerbaijani people for freedom of their motherland. Only after 70 years after a short period of the state independence, which was gained in 1918, the republic managed to restore its status as an independent state, said Elmar Gasimov. He reminded that on August 20, 1991, Azerbaijan made clear its intention to become an independent nation once again when the Declaration on the State Independence of Azerbaijan was adopted by the Parliament. On October 18, 1991, the constitutional act "On the State Independence of the Republic of Azerbaijan" was approved and adopted by the Supreme Council of the country. Speaking about achievements attained by the republic in political, social and economic spheres as well as in international affairs, Elmar Gasimov emphasized that they are results of the wise state policy and strategy developed by the national leader of Azerbaijan Heydar Aliyev.

Associate professor of BHOS English Language and Humanitarian Disciplines Centre Alamdar Shahverdiyev made a detailed report about milestones in the historical development of Azerbaijan as an independent state. At the meeting, the Higher School students made presentations dedicated to the Day of National Independence.

In conclusion, Rector Elmar Gasimov once again extended his congratulations to the meeting participants and all Azerbaijani people on 26th anniversary of the state independence of the republic and expressed his confidence that Azerbaijani people would successfully move alone the chosen way.