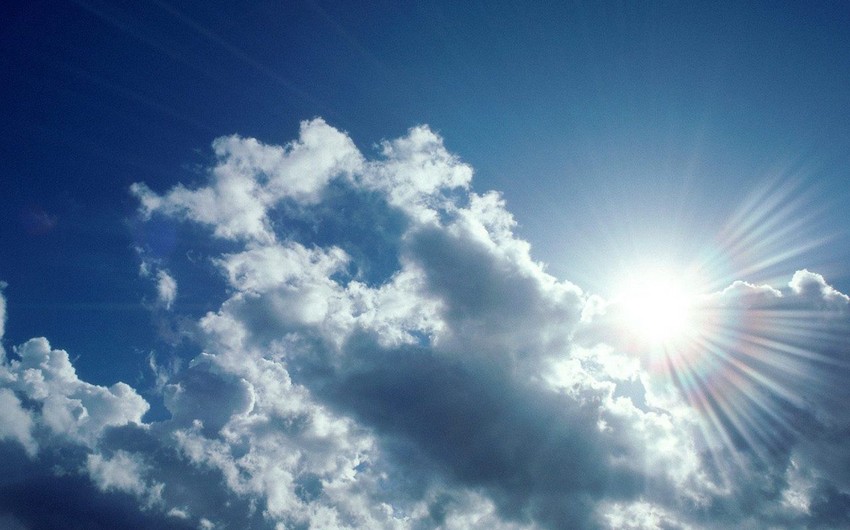 Baku. 26 June. REPORT.AZ/ Weather forecast for June 27 in Azerbaijan was announced. The Hydro-metrological forecasting Bureau of the National Hydrometeorology Department of the said to Report that variable cloudy, occasionally gloomy and dry weather is expected in Baku and Absheron peninsula on June 27. However, lightning and short-term rain are likely to be in some places of the peninsula. Mild north-west wind will blow and intensify occasionally. Air temperature will be +20+25°C at night and +29+34°C in the daytime in the peninsula while +23+25°C at night and +32+34°C in the daytime.

In Absheron beaches, water temperature of the sea will be +23 +24°C in Sumgayit, Novkhani, Pirshaghi, Nardaran and Bilgah while +24+25°C in Zagulba, Buzovna, Mardakan, Shuvalan and +25+26°C in Turkan, Hovsan and Shikh.

According to the medical-meteorological forecast, on June 27, blowing mild Khazry wind will be favorable for weather-sensitive people, however, on June 28-29, discomfort hot weather condition in the afternoon can be unfavorable for them.