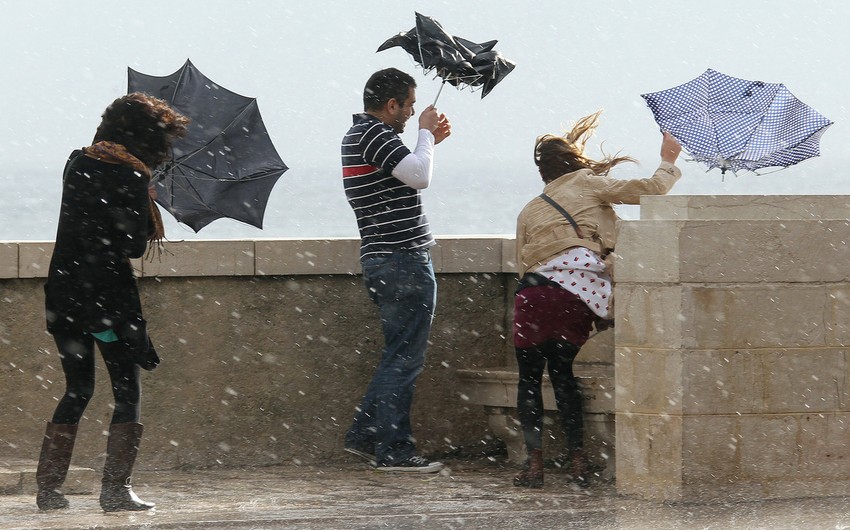 Report was told in the National Hydrometeorology Department of the Ministry of Ecology and Natural Resourcesthat, strong north-west wind blow and rain is expected in Baku and Absheron peninsula on December 9.

Also, from 9 to 10 December in the northern and eastern regions of the afternoon will be rainy weather conditions in some places, sleet, snow, is expected to be intense in some places.