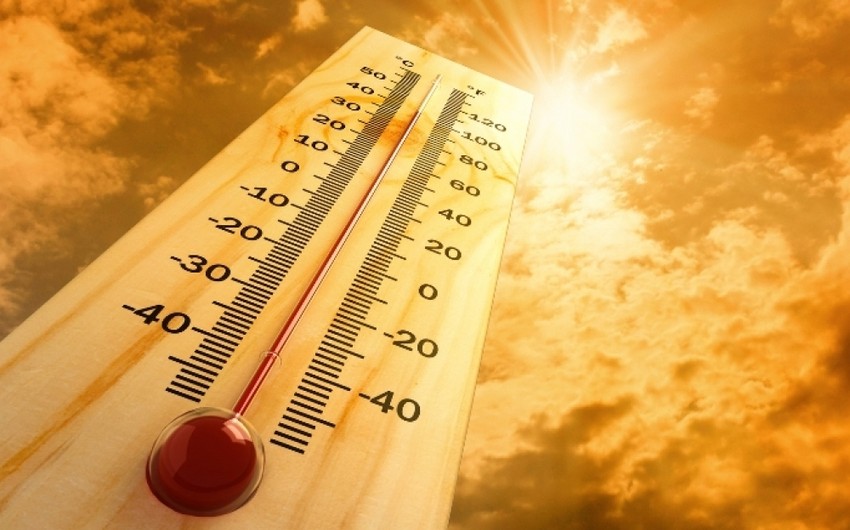 Baku. 4 August. REPORT.AZ/ Tomorrow the weather will be sunny in Baku and Absheron peninsula, weak north wind will be replaced by south-east wind in the daytime.

Report was informed in the National Hydrometeorology Department of the Ministry of Ecology and Natural Resources, the temperature will be 23-26 degrees of heat in Absheron peninsula at night, 34-38 in the daytime, 24-26 in Baku at night, 35-37 in the daytime.

On Absheron beaches the temperature of sea water is expected to be 25-26 degrees in Sumgayit, Novkhani, Pirshaghi, Nardaran, Bilgah, 26-27 in Zagulba, Buzovna, Mardakan, Shuvalan, 27-28 in Turkan, Hovsan, Sahil and Shikh.

From August 5 till end of first ten days, maximum air temperature in Baku and Absheron peninsula is expected to be 35-39 degrees of heat, 41 on some days.

According to medical-meteorological warning, dominance of weak winds in the Absheron peninsula on August 5-10, stagnant and stuffy weather conditions will create very high temperature which is unfavorable for most people, extremely unfavorable for meteo-sensitive people. It is not recommended to stay outdoors in daylight hours.

The weather will be mainly rainless in Azerbaijan's regions. Moderate east wind will blow.

From August 5 till end of first ten days, the weather will be hot in the territory of the country, maximum temperature will be 35-40C, 43 degrees of heat predicted in Nakhchivan AR and Central Lowland regions on some days, 29-34 on mountainous regions.