Baku Steel Company introduces global-first innovation Baku Steel Company (BSC), a leading metallurgy company in the Caucasus, is preparing to implement a startup project in this field for the first time, not only in Azerbaijan and the region but also around the world. The project is about the application of 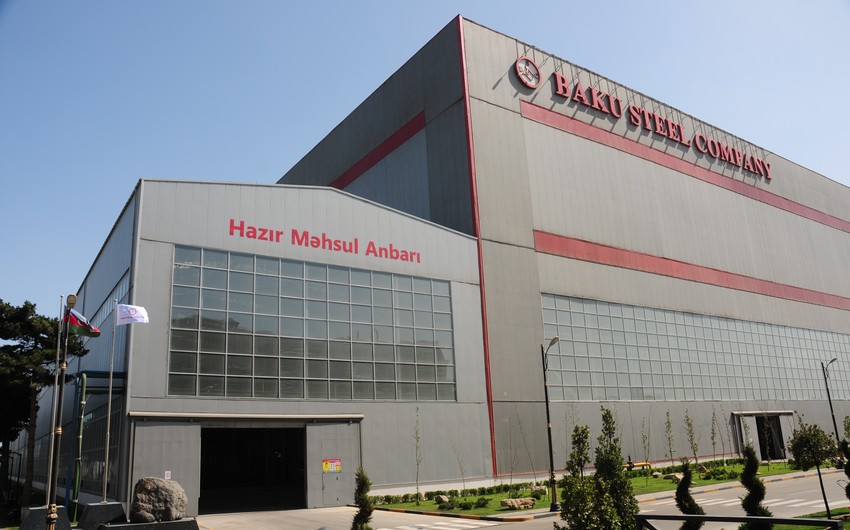 Baku Steel Company (BSC), a leading metallurgy company in the Caucasus, is preparing to implement a startup project in this field for the first time, not only in Azerbaijan and the region but also around the world. The project is about the application of artificial intelligence in the production process.

The essence of the innovation is the use of artificial intelligence in the electric arc furnace to melt metal.

Presently, during the melting process, 3-4 buckets are loaded to fill the charge of a 60-ton furnace, depending on the density of the metal. The supply of the bucket to the furnace and the metal melting process are controlled by the steel makers. However, each time, for various reasons, there is a 1-2-minute delay in the process of emptying the bucket and releasing the alloy. A delay means both a loss of electricity in the working process and a production loss due to the fact that no output was carried out at that moment.

With the implementation of the new project, the decision-making process for metal smelting will be carried out not by humans, but by artificial intelligence. The necessary parameters and data associated with both the release of the alloy, the addition of alloying elements and with other necessary processes, will be entered into the computer memory, and the process will be automatically regulated. That is, the human factor will be minimized and steelmakers will only control the process. In the event of a delay, the system will immediately alert and take appropriate action. According to initial estimates, if this startup is implemented, the plant operating 24 hours a day will increase its profits by saving millions of manats a year.

The project will be programmed by the Azerbaijan State Oil and Industry University (ADNSU) on the basis of the order and technical instructions of Baku Steel Company LLC. In this regard, at a meeting between General Director of Baku Steel Company LLC Kamal Ibrahimov and rector of ADNSU Mustafa Babanli, an agreement was reached. The programming process will be led by the successor to the founder of the theory of fuzzy logic Lotfi Zadeh, the world-famous Azerbaijani scientist, ADNSU professor Rafiq Aliyev, and from the technical side, the work will be led by the first Deputy General Director for Production Ramin Karimov.

The joint project is expected to be completed within a year. It is planned to use it at the initial stage when melting metal in the furnace, and then when adjusting various grades of steel outside the furnace, and it is also planned to use it in heat treatment of pipes. In this regard, after clarifying some details, an agreement will be signed between BSC and ADNSU in the coming days.

After patenting, on the basis of copyright, other global companies working in the field of metallurgy can also acquire this startup in order to optimize the process. There are already foreign companies interested in the project.

Baku Steel Company LLC, which started its activity in 2001, is the biggest private metallurgical company in the South Caucasus. BSC currently has two melting workshops with one 60 ton and one 30-ton electric arc furnace, 3 section rolling lines, one seamless tube rolling line, one spiral seam tube rolling line, one mini-mill for shaped casting and one oxygen plant.

Baku Steel Company produces high-quality rebar, wire rod, square and round billets, square and round rods, seamless and spiral seam pipes, as well as shaped castings of various shapes. Channels, angles and I Beams are also produced. BSC products that meet the requirements of many certificates of conformity, including ISO 9001:2015, are in great domestic demand, and are also exported to Russia, Georgia, Kazakhstan, Turkey and other countries.