​What are conditions for stability in Middle East? - COMMENT

​What are conditions for stability in Middle East? - COMMENT Western countries and Russia have gradually become allies in the Middle East's war
1925 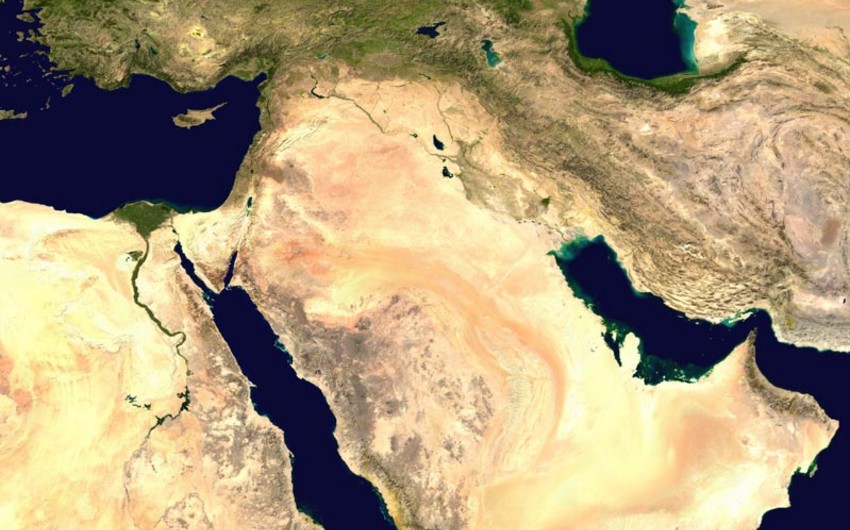 Baku. 6 January. REPORT.AZ/ Political unrests in the Middle East will have a further escalation in 2016. On the contrary, we may be witnessing a new conflict. Apparently, the deterioration of relations between Saudi Arabia and Iran will not be the first and the last confrontation of the new year.

The starting point of unrests in the Middle East is the Israeli-Palestinian conflict. Even al-Baghdadi, the leader of ISIS, who have committed terrorist attacks in Syria and Iraq said in his last statement, "we have not forgotten Israel".

It becomes crystal clear that peace in the Middle East will remain a problem as long as Israel does not ensure independence for Palestine.

Since World War II and up to the 90s of the last century there was no such a thing as 'Islamic radicalism'. However, some events have happened yet. For example, Palestinians have hijacked a plane or Israeli athletes were killed during Munich Olympics 1972. However, these murders were not committed under "Islamic slogans". Even intervention of the Soviet Union in processes taking place in Afghanistan in 1979 and Arab countries' support of Afghan Mujahideen were not associated with radicalism. The support provided by the United States to the Afghan Mujahideen has been linked to geopolitical factors. Even Bin Laden who was considered the most dangerous terrorist was not thinking about systematization of Islamic radicalism in the organization which will fight against Soviet troops in Afghanistan.

Despite this, new terrorists with similar points of views to Bin Laden's could not get the Palestinian issue out of their minds. Having planned terrorist attacks in front of the US embassies in Kenya and Tanzania in 1998, the leader of Al Qaeda did not forget about Washington's support to Israel. The attacks scheduled for 2001 were a part of this 'policy'.

Prior to these terrorist attacks, Washington considered its plan regarding the Middle East apart from the Islamic factor. Some American politicians and experts claimed that 'Saudi Arabia was their ally, while Iran their enemy." Although at the time of Iranian Shakh Tehran was the closest ally of Washington in the region. But now the situation has reached the point when Washington is an ally of Sunni countries, and Russia is a bloc of Shiites (Iran, Iraq's central government, 'Hezbollah'). In other words, Western countries and Russia have gradually turned into allies in this confrontation in the Middle East. There are two important conditions that can prevent tension in the region:

The first condition is that the war in Syria should end, or at least a dialogue between the different forces should start.

There is not just a civil war or the fight against terrorism in this country. the interests of major powers cross in Syria. On the one hand, the 'Sunni bloc' wants Assad's resignation, on the other hand, 'Shiite bloc' stresses importance of dialogue with Assad. Thus, to achieve stability and reduce conflict in the region will not be possible until the Syrian war ends.