Tehran, that has lost its credibility in Azerbaijan, delayed reforms in Iran

Tehran, that has lost its credibility in Azerbaijan, delayed reforms in Iran Azerbaijan has wanted to normalize relations with Iran since the day it regained its independence. Unfortunately, the other side did not react adequately and did not take appropriate action. Azerbaijan did all this because it considered Iran a Muslim coun 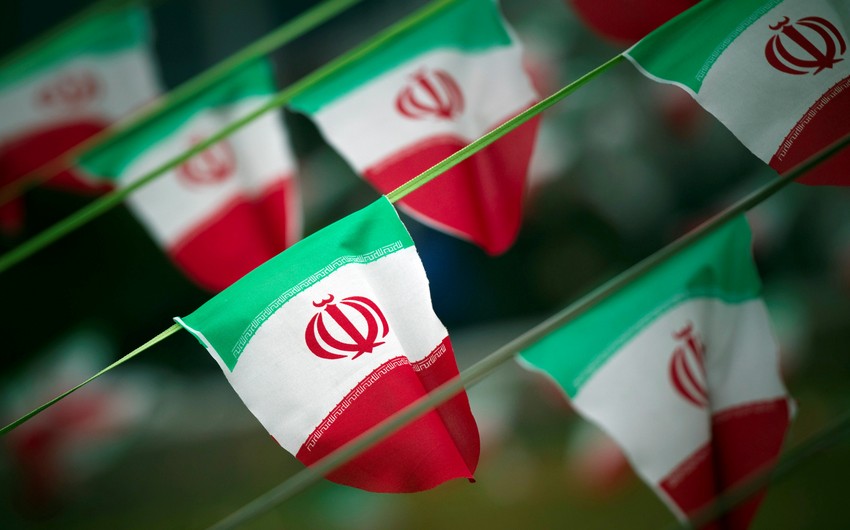 Azerbaijan has wanted to normalize relations with Iran since the day it regained its independence. Unfortunately, the other side did not react adequately and did not take appropriate action. Azerbaijan did all this because it considered Iran a Muslim country, a close neighbor, in a word, a native. Iran was considered an Islamic state, with a Muslim population and a majority of Azerbaijanis. Tehran claimed to be the backbone of all Muslims in the world. Such factors created confidence in the neighboring Muslim state. The situation reached the point that Azerbaijan agreed to allow Iran to mediate in the conflict with Armenia. However, this trust and mediation did not last long. 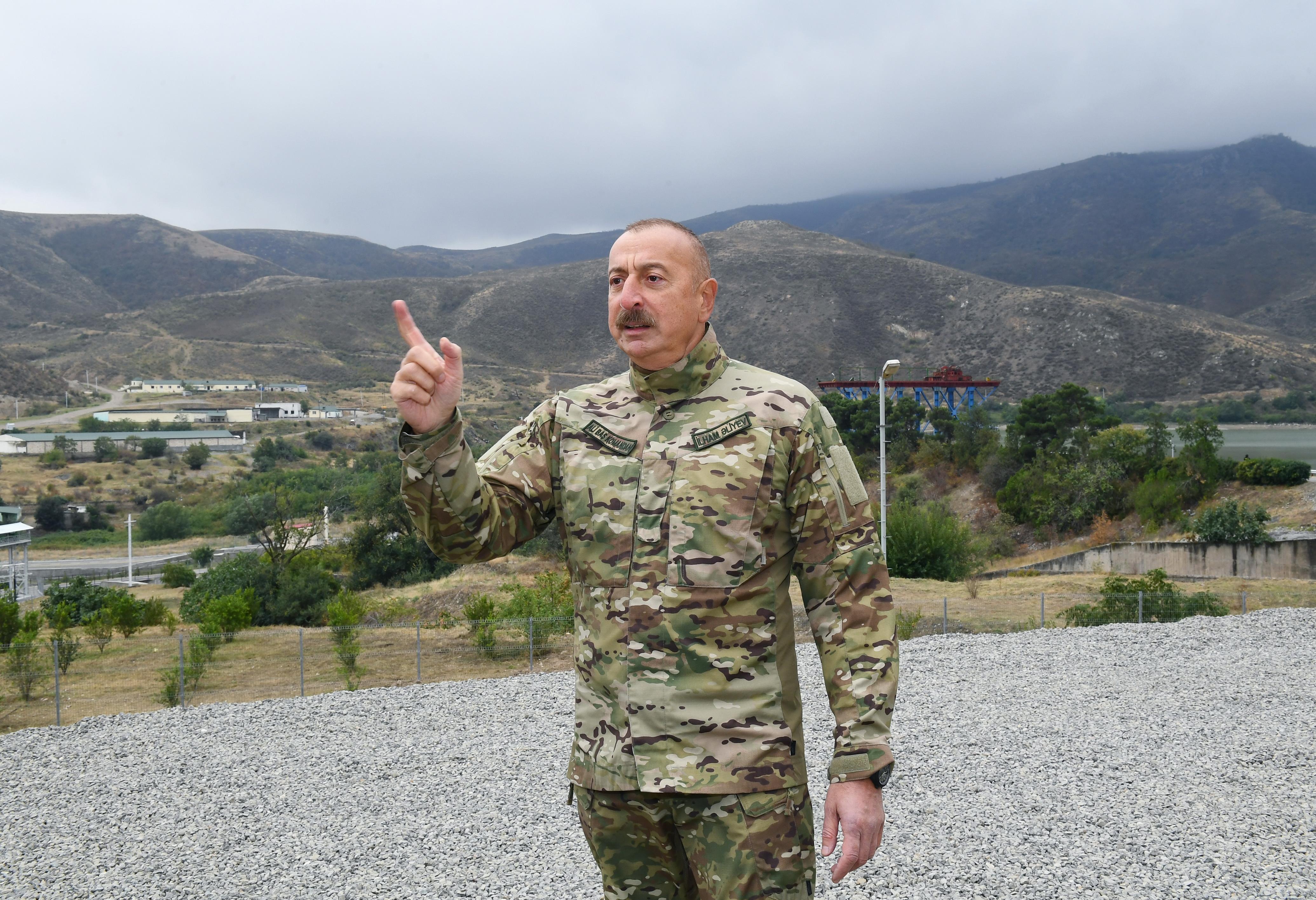 During the occupation of Shusha in 1992, the authority and power of the Tehran government became known. Hours before the attack on Shusha, the presidents of Armenia and Azerbaijan signed an agreement in Tehran on the peaceful settlement of the Nagorno-Karabakh conflict, mediated by then-Iranian President Hashemi Rafsanjani. The document signed by the presidents of the three countries provided for the arrival of Rafsanjani's personal representative Mahmoud Vaezi in the South Caucasus region within a week and the entry into force of the ceasefire after the talks, opening all communications and meeting the economic needs of all parties. However, the agreement was violated on May 8, a day after it was signed. Armenian forces in Karabakh, with the help of their patrons, occupied Shusha. This led to the complete invalidation of the agreement reached in Tehran. After that incident, the Iranian government did not criticize Armenia for not fulfilling its obligations, neither did they cut off the trade. On the contrary, after the occupation of Shusha, Iran increased its aid to the occupying country. As a result, former Armenian President Serzh Sargsyan later acknowledged the help and support of the Islamic Republic, saying "without the help of Iran, the Armenian state would have lost its existence."

Despite Iran's betrayal in the Shusha issue, Azerbaijan pursued a policy of developing relations with the Iranian government. Hashemi Rafsanjani paid a visit to Azerbaijan on October 26-28, 1993. The late President of the Republic of Azerbaijan Heydar Aliyev stated at a meeting with him:

“We are of the opinion that the relations between the Republic of Azerbaijan and the Islamic Republic of Iran have recently cooled down. As you know, we have recently taken the necessary measures to eliminate this cooling. We intend to continue these measures.”

During the visit, agreements on friendship, cooperation, economic, scientific and cultural partnership were signed between the two countries. However, during Rafsanjani's visit to Baku, Armenian troops occupied the Zangilan district of Azerbaijan bordering Iran. 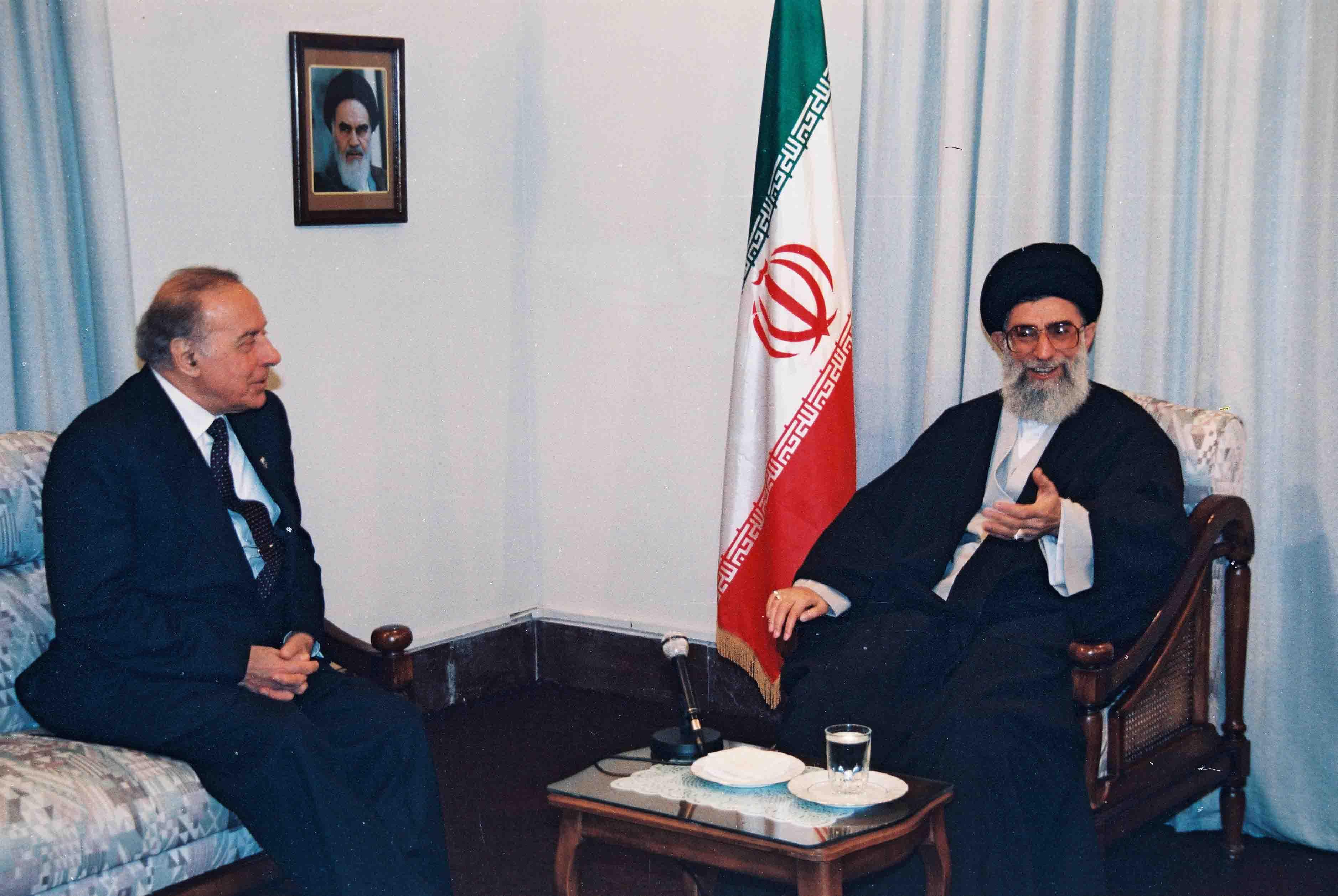 During a meeting with the Supreme Leader of Iran Ayatollah Seyyed Ali Khamenei, the great leader Heydar Aliyev, who visited Iran in December 1997 to attend the summit of the Organisation of Islamic Cooperation (formerly Organization of the Islamic Conference) in Tehran, said:

“Expressing gratitude to the leadership of the Islamic Republic of Iran for its humanitarian assistance to Azerbaijani refugees, I also regret the political and economic support of many countries to Armenia, which has not given up its unconstructive position in the peaceful settlement of the Armenian-Azerbaijani conflict.”

The occupier was provided with all necessary materials, fuel, lubricants, food, etc. to stay in the Azerbaijani lands. It means that Armenian tanks moved on Azerbaijani soil with Iranian fuel and were fed with food supplies from the Islamic Republic. Suffice it to say that before the 44-day war, Iran exported gasoline to the occupying country for only 35 drams ($0.07). According to the results of 2018, the total trade turnover between the Islamic Republic and Armenia amounted to $364 million. It was the largest figure since 1991. In 2020, this figure reached $400 million. The two countries aim to increase this figure to one billion US dollars. In the first six months of 2021, the Iran-Armenia trade turnover amounted to $224 million. These are the official figures. Undoubtedly, illegal or unregistered goods are also transported between them. This is confirmed by the facts of smuggling of various goods from Iran to Armenia. Even goods from Iran are not checked at customs. Waybills issued to drivers are made carelessly. This is confirmed by the fact that it is written "Armenia-Stepanakert" on some waybills. The border between Iran and Armenia is controlled by the Border Troops of the Russian Federal Security Service. 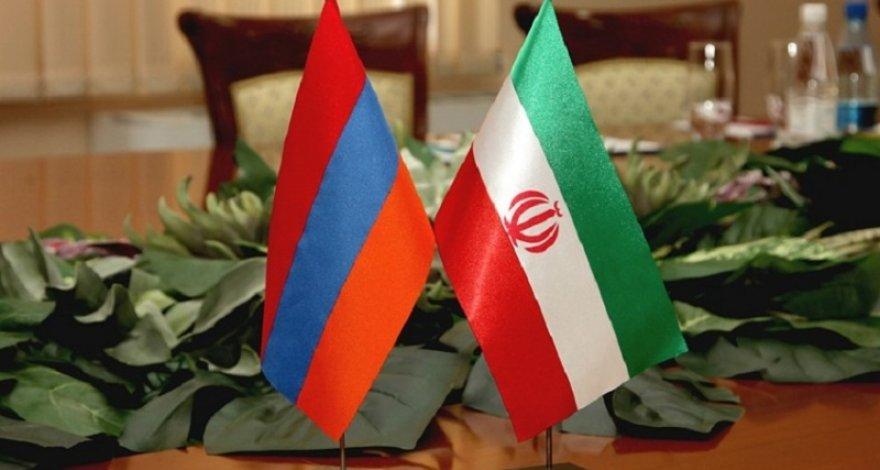 Armenians and Armenia are also speaking out against Azerbaijan in Iran. So far, Tehran has not objected to such statements or punished Armenian citizens for creating unrest between nations and the state. During his visit to Iran on February 28, 2019, Armenian Prime Minister Nikol Pashinyan took a selfie in front of a poster with the statement "Karabakh is Armenia and the period" during a meeting with the Armenian community at the Ararat Club in Tehran. The Iranian side did not even issue a note of protest to Armenia.

According to some reports, Iran and Armenia are also united by criminal acts. British author and expert Harold Kane mentioned the arms smuggling of Armenians in his book "Narco Karabakh". The book emphasizes that Armenia continues to buy weapons from Russia and has become a "strategic satellite of Moscow." The author said that Russia continued to supply weapons at a time when other countries imposed an embargo on arms sales to Armenia due to the Nagorno-Karabakh conflict. Some of these weapons were transferred to Armenia via Iran. In addition, Iran was involved in a network of arms smuggling with Armenia.

“The arms trade had long been a lucrative business there. Jirair Sefilian, one of the most famous local merchants, brought weapons to the country and sold them at the highest price. He was known in Yerevan as a dealer of many foreign groups,” Kane wrote in his book.

He pointed out that another well-known figure in the arms trade network, Samvel Babayan, a representative of the so-called Nagorno-Karabakh regime, opened a supply route through Georgia to Iran and other countries. So, the Iranian side was one of the dealers in this network. The weapons, which Iran illegally acquired, were reportedly sent to Iraq, Yemen and elsewhere.

For the past 30 years, Iran, along with Armenia, has been involved in the looting of Azerbaijani lands. Unfortunately, Iran did not protest against the destruction of mosques and religious sites in Aghdam and other ruined cities of Azerbaijan. The Islamic Republic participated in the restoration of the Upper Govhar Agha Mosque in Shusha. This mosque, which is considered to be a cultural and religious historical monument of Azerbaijan, was distorted during the restoration work by presenting it as a pearl of Iranian Persian culture. During the occupation, Armenia and Iran had large-scale economic relations and joint economic projects. A 140-kilometer gas pipeline was laid between Iran and Armenia. Construction of the pipeline began on December 20, 2006. It was inaugurated on March 19, 2007. 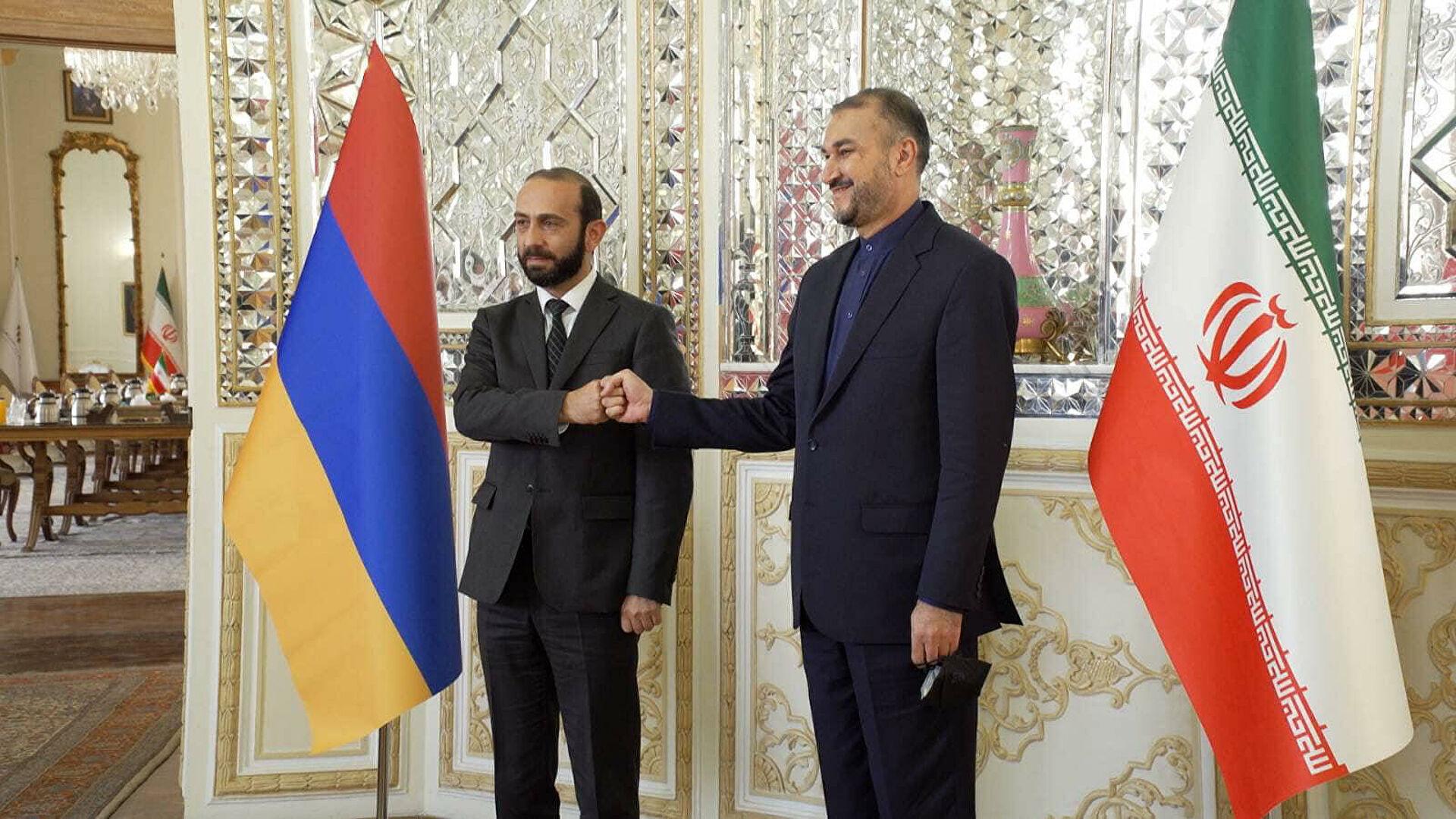 Iranian officials have always greeted Armenian officials with high courtesy and praise, and paid them a lot of attention. For example, on October 4, during his visit to Tehran, Armenian Foreign Minister Ararat Mirzoyan met with his Iranian counterpart Hossein Amir-Abdollahian. The Iranian minister said that they would never allow relations between Armenia and Iran to be damaged.

Representative of the Supreme Leader in Ardabil Province and Imam Jumu'ah of Ardabil Seyed Hassan Ameli is one of those people that the Iranian government use against Azerbaijan. His identity, knowledge, beliefs, and other qualities are well-known. The “mullah,” who made nonsensical remarks against Azerbaijan and said that "vodka drinkers will never be able to liberate their lands," then lied and shamelessly said that Khamenei had issued a fatwa on the 44-day war. With such speech and behavior, Ameli resembles Russia's Zhirinovsky.

Thus, for 30 years, the Iranian government has lost credibility with its many evil deeds against Azerbaijan. Events show that official Tehran needs reforms in its foreign policy, especially in its relations with neighbors, as well as in domestic politics. In fact, the Iranian government is delaying this process, and if it is delayed a little more, it will be too late...