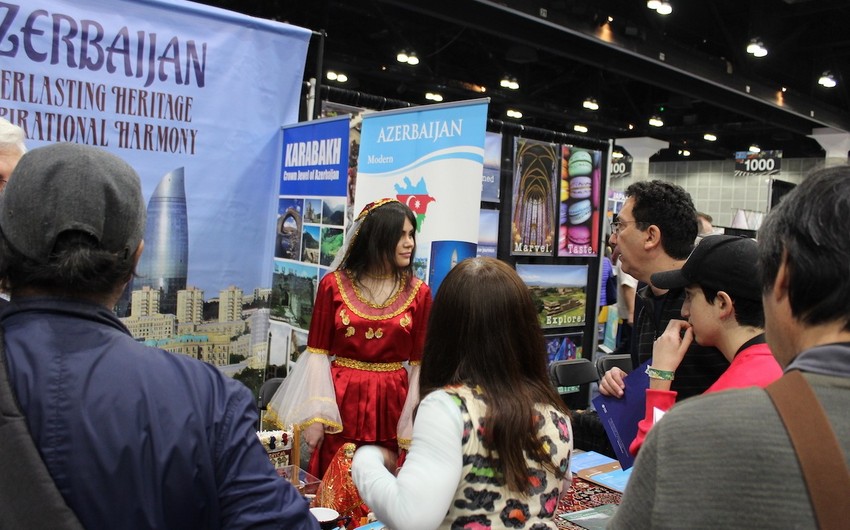 Baku. 19 February. REPORT.AZ/ Azerbaijan was featured at the “Los Angeles Travel & Adventure Show” held on February 16-17, 2019 in Los Angeles, California, Report informs citing the press service of the Consulate General of Azerbaijan in Los Angeles. Attended by over 30,000 visitors, this is the largest travel show in the United States.

The Azerbaijan booth also presented Azerbaijan’s ancient Karabakh region and informed the Show visitors about this historical part of the country. The banner ”Karabakh: Crown Jewel of Azerbaijan”, featured in the booth, attracted much attention of the Show visitors. Showcasing picturesque nature of Karabakh, the banner also features Karabakh’s history, its historical Azerbaijani monuments, such as the Shusha Walls, Govharagha Mosque, Ganjasar Caucasian Albanian Monastery, as well as the Karabakh carpets, the Mugham music school, and the Karabakh horses and cuisine. A booklet, which includes information on all these features of Karabakh, published by the Consulate General, was distributed in the booth. The brochure also highlights the current situation in Karabakh, which has been under illegal military occupation by neighboring Armenia since over 26 years. Referring to a travel warning by the U.S. State Department, the brochure cautions Americans to avoid any travel to this region. 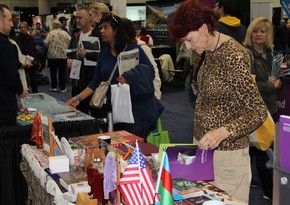 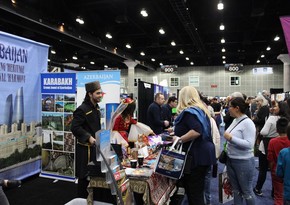 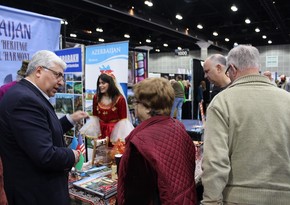 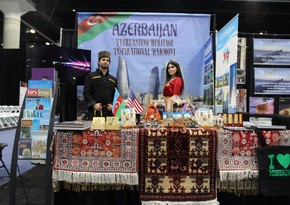 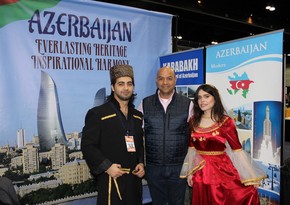 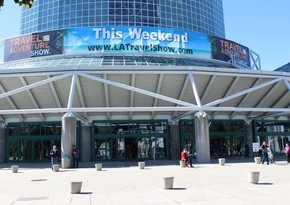 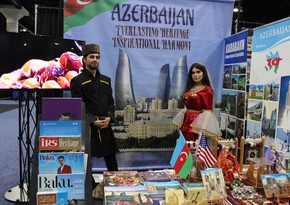 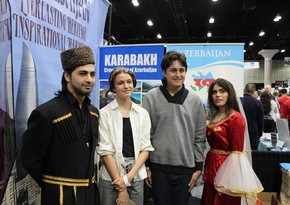 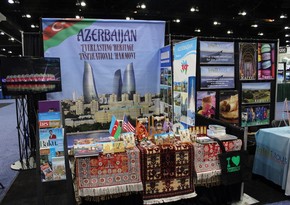 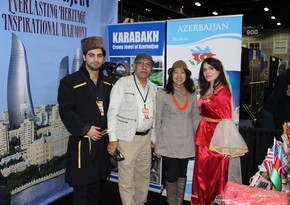