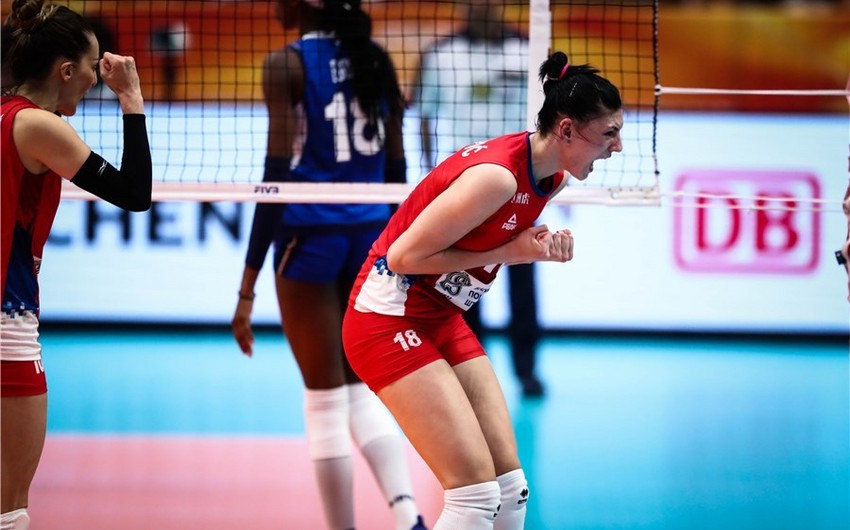 Baku. 20 October. REPORT.AZ/ The winner of the world volleyball championship among women held in Japan has been revealed.

Report informs that Serbia and Italy met in the decisive encounter which ended with Serbians' victory 3:2.

China defeated Holland with the score of 3:0 as they struggled for the third place.