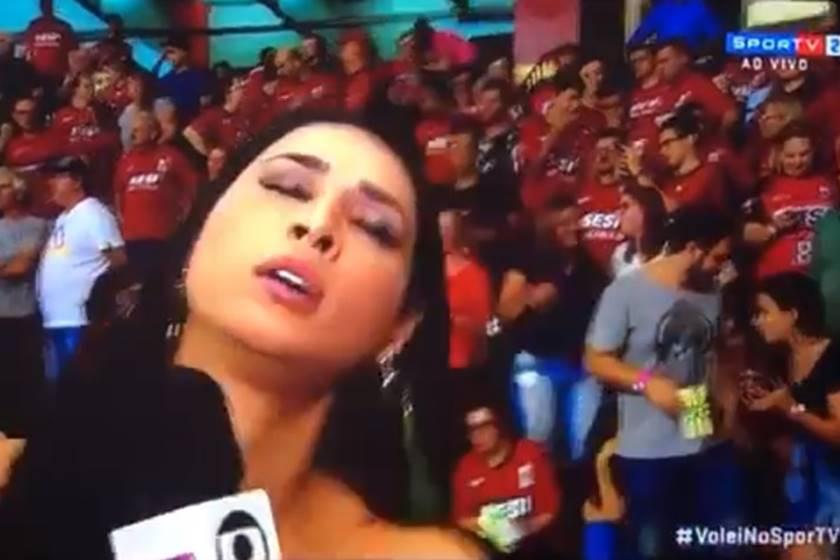 Report informs that during the talk, she can be seen energetically chatting about the Superliga game between Sesi Sao Paulo and EMS Taubate Funvic.

As the interview goes on, Carvalho’s eyes begin to droop and she sways side-to-side. Suddenly, the Brazilian legend collapses to the floor, triggering onlookers to rush to her aid.

The doctor dispatched to the scene. According to doctors, Carvalho suffered a rapid loss in blood pressure due to the heat in the arena.

Notably, Jaqueline Carvalho became the winner of 2008 Beijing and 2012 London Summer Olympic Games in the squad of Brazilian national team.