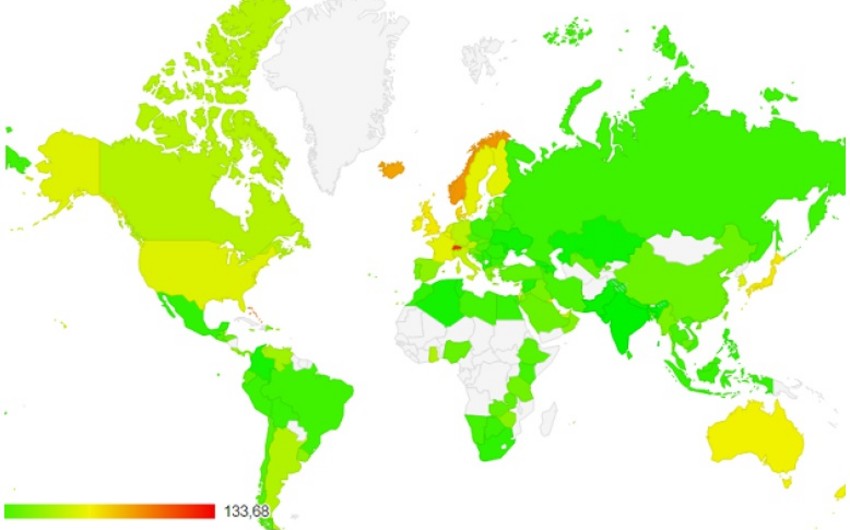 Baku. 7 January. REPORT.AZ/ The world's largest database of cities and countries Numbeo created ranking of countries by the cost of living, according to which Azerbaijan has entered the top 10 countries with the cheapest consumer basket.

Report informs, Bermuda is a leader of consumer price index followed by Switzerland, Bahamas, Norway and Iceland.Top 15 most expensive countries are as follows:

It should be noted that the consumer price index shows the average cost of goods and services for a certain period of time. With its calculation the cost of food products, the prices in the restaurants, the cost of utilities and public transportation taken into account.

The numbers in the rating are taken compared to New York. Thus, if the index is 133, it means that cost of living is 33% higher.

A total of 122 countries included in rating.

According to published data, live in rented accomodation is most expensive in Bermuda, Hong Kong, Qatar, Singapore and United Arab Emirates. It is much cheaper in Macedonia, Bosnia and Herzegovina, Bangladesh, Pakistan and Nepal.

Going to the restaurant, will be very expensive in Denmark, Iceland, Norway, Switzerland and Bermuda. It will be less cheaper in Indonesia, Tunisia, Vietnam, India and Nepal. 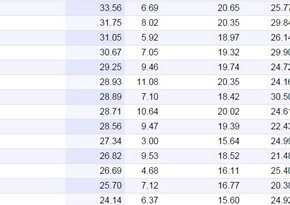 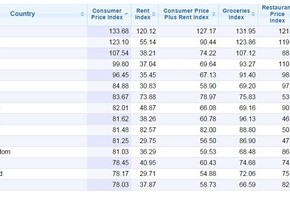