Elmira Suleymanova: 70 percent of proposals submitted to the government were fulfilled, 699 prisoners were released 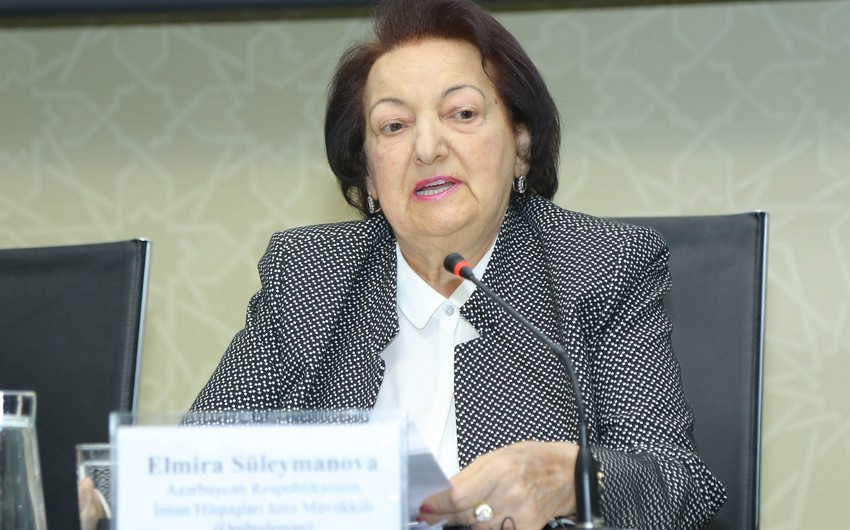 "We have submitted more than 600 proposals to the government regarding prisoners in Azerbaijan, 70% of them were fulfilled, " Commissioner for Human Rights Elmira Suleymanova told reporters.

She said that up to 700 prisoners have been released so far on the basis of the 's appeal. "We raise these applications on the basis of the information that we receive from prisoners themselves, their family members and lawyers, as well as information received by the penitentiary institutions on the behavior of detainers. During the period of Ombudsman's activity, 699 prisoners have been released owing to our application. This means freedom not only for them, but also happiness for their families and children. "