Sheikh-ul-Islam: Visit of scientists from several countries to Azerbaijan pursue political purposes Allahshukur Pashazadeh: They will not achieve their ambitions 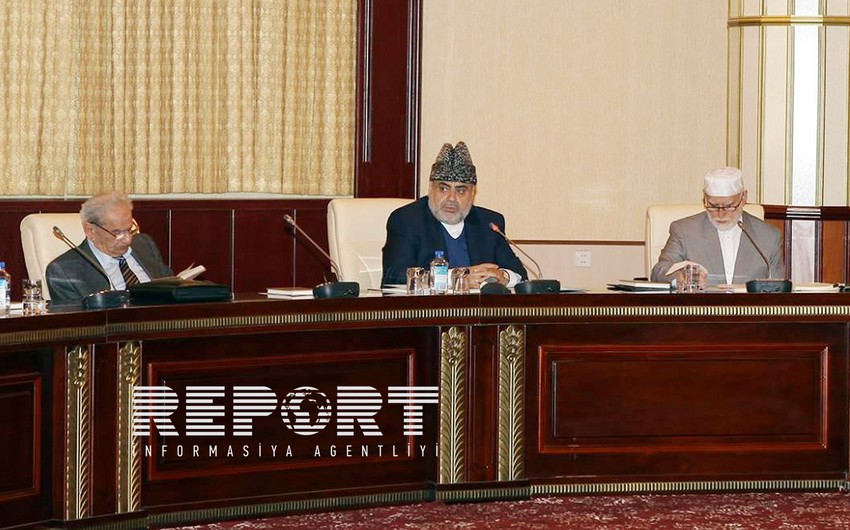 Baku. 27 April. REPORT.AZ/ "To date there are states that even send their scientists to Azerbaijan for political purposes."

Report informs, said the Chairman of the , Sheikh-ul-Islam Allahshukur Pashazadeh at the meeting with the delegation, headed by the honorary head of the Foundation named after Aziz Mahmoud Hudayi, Osman Nuri Toppash.

A.Pashazadeh said that such forces would not be able to achieve the planned ambitions: "I know scientists, who come to Azerbaijan and build mosques and open madrasas (religious schools) here. But underneath of all hidden their political interests."

A.Pashazadeh also spoke about the upcoming Azerbaijan European games. According to him, today Azerbaijan is the focus of the world: "The country is developing rapidly, and as a result, the first European games are held in our country. Becoming witnessed the development of Azerbaijan, many countries are trying to build a friendly relationship with us."