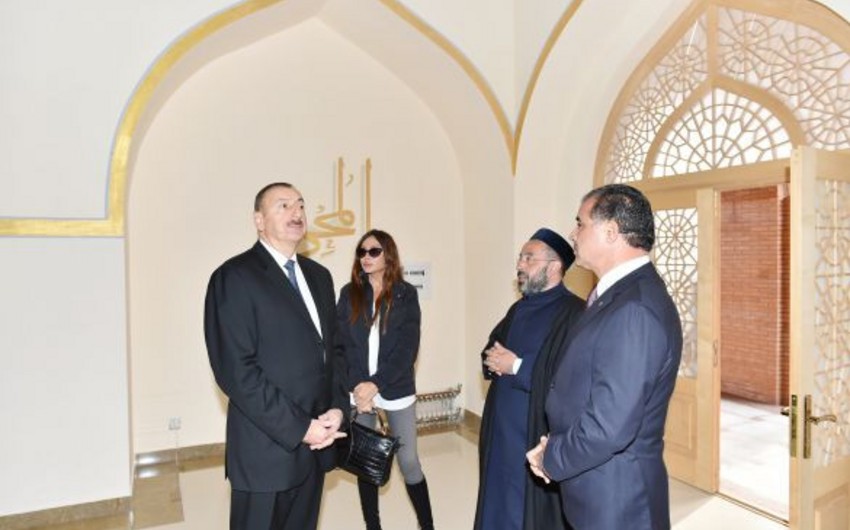 The President and his wife viewed sketches of the complex.

The “Imamzadeh” religious complex is one of the valuable examples of medieval Azerbaijani architecture. Imamzade or the Blue Imam Turbeh is the historical monument related to the 8th century. Ibrahim, the son of the 5th Imam Mohamed Baghir is buried here. The construction of Imamzade Turbeh relates to the late 14th century – early 15th century, while the mosque, vault and other tombs date back to the 17th century. All of these buildings were maintained as great religious-historic complexes.The complex is located on the ancient trade roads of the East. Throughout the centuries, Imamzade has become a holy place for Muslims of Azerbaijan and other countries.

President Ilham Aliyev signed a special order on the repair and restoration of the temple. The reconstruction of the complex started in 2010. AZN 9 million and AZN 3 million were allocated from the President's Contingency Fund for the restoration and repair of the complex according to the relevant orders signed by the head of state. President Ilham Aliyev visited the complex two times to review the progress of work. He gave relevant instructions and recommendations.

President Ilham Aliyev and his wife were informed that asphalt pavement was laid down in a 10,000 square meter-area, decorative sidewalk stones laid down, modern lighting system installed and perfect infrastructure established. The complex has two minarets and a prayer hall. The height of the minarets is 42 meters. Two 500-car parking lots have been built here.

The head of state and his wife visited the grave of Ibrahim, the son of the 5th Imam Mohamed Baghir. Prayers were said here. Azerbaijan`s first lady Mehriban Aliyeva was presented with a Holy Quran.

The work at the altar and the repair work of the three-storey main building of the sanctuary is completed. The President and the First Lady were informed about the work being carried out in other areas, as well as at commemorative feast hall with 1000-seat and the kitchen.

President Ilham Aliyev gave instructions and recommendations on successful completion of the reconstruction of the complex. 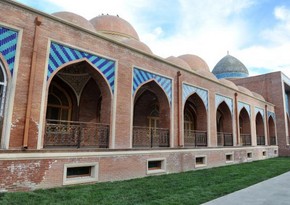 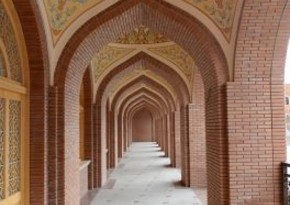 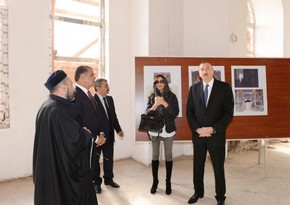 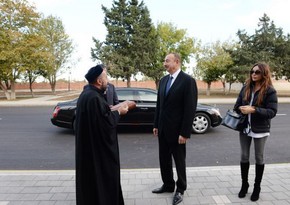 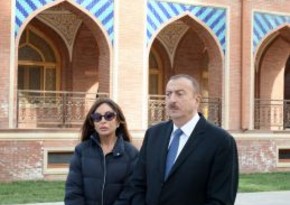 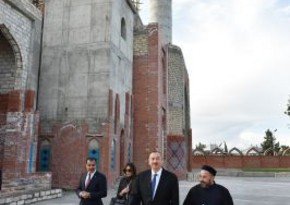 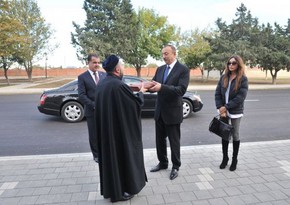 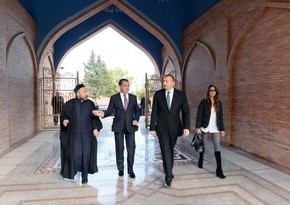 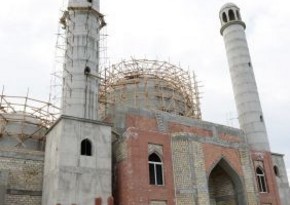 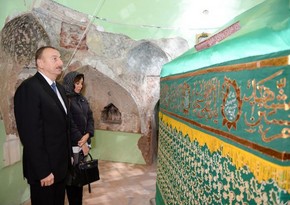 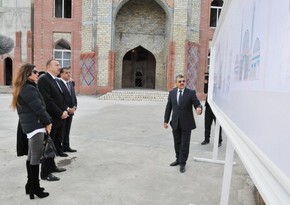 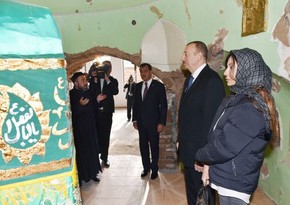