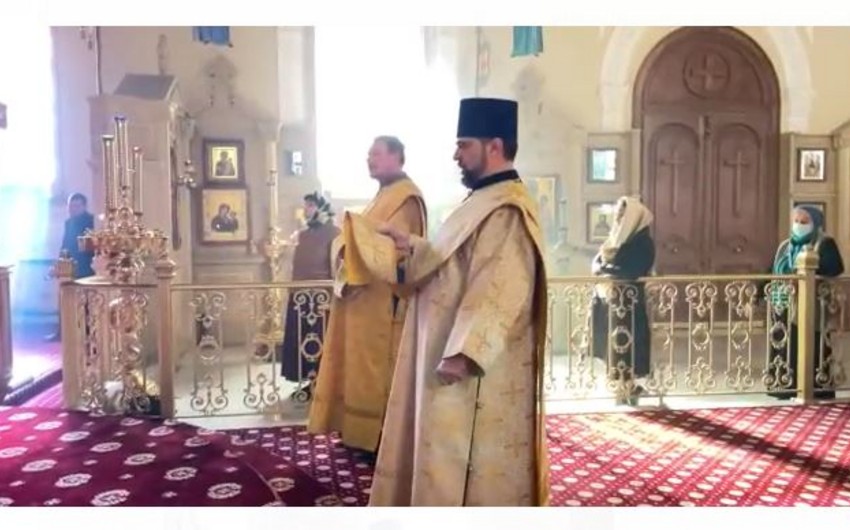 Prayers were held in the Orthodox churches of Azerbaijan on the occasion of the first anniversary of Azerbaijan’s Victory in the Patriotic War, spokesperson for the Baku and Azerbaijan Diocese of the Russian Orthodox Church, Archpriest Konstantin Pominov told Report.

“Today we held a prayer service, thanked God for the granted victory, for the fact that under the leadership of Supreme Commander-in-Chief Ilham Aliyev, our army was able to restore Azerbaijan’s territorial integrity and return the occupied lands,” Pominov said.