Mubariz Gurbanli met with US Ambassador to Azerbaijan

Mubariz Gurbanli met with US Ambassador to Azerbaijan 'Today Azerbaijan is a country that, can serve as a model for the world on tolerance and multicultural values' 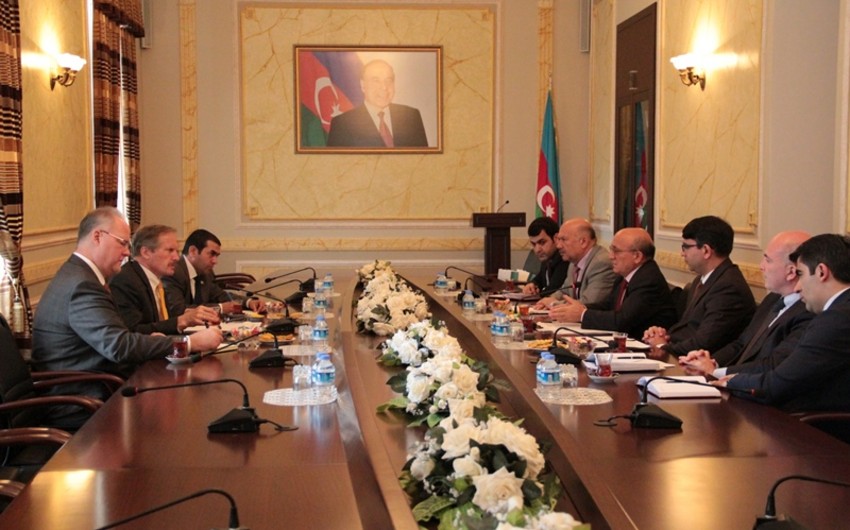 Baku. 13 May. REPORT.AZ/ Chairman of the , Mubariz Gurbanli received US Ambassador to Azerbaijan Robert F. Cekuta. Report was told in the press service of the Committee.

At the meeting, M.Gurbanli said that the relations between religion and state in Azerbaijan are regulated by the Constitution and the law "On freedom of religion": "Today Azerbaijan is a country that, can serve as a model for the world on tolerance and multicultural values. Various confessions operate freely and the conditions of mutual understanding in the country. In our country, mosques, synagogues and churches were given for use of people."

M.Gurbanli said that, the repair and restoration of some places of worship performed by the Azerbaijani government.

The US Ambassador expressed his gratitude and said that exerts every effort for the development of relations between the two countries.

He mentioned that, at his speech in the US Senate during his nomination as Ambassador, he stressed that, Azerbaijan is a model of high tolerance.