Lutherans of Azerbaijan going Dutch even they use electricity - REPORT Baku. 5 November. REPORT.AZ/ People of different confessions live in Azerbaijan, along with different nationalities. They can freely live their faith and transfer their culture from generation to generation. Although there are not many Lutherans living in Azerbaijan, the Lutheranism, being one of main directions of Protestantism, has its own religious community here. Report’s correspondents visited office of Savior Evangelical Lutheran’s Baku Religious Community, most members of which have German origin.

Chairperson of community Vera Viktorovna Nesterevo and several members welcomed us at the door. Building’s entrance was dark, but lights instantly turned on as we approached the door of the office. V. Viktorovna told that they use electricity only when they need: “It automatically turns off, when we don’t need light” (laughing).

Brief introduction to history of Lutheranism

Next year 500th anniversary of Lutheranism will be celebrated. Lutheranism is one of main directions of Protestantism. It was founded by German Professor Martin Luther in 1517 (16th century), during German Reformation. Lutheranism, which uses Bible, Book of Concords, Gospels and Apostolic Constitution as its ideological basis, stands out for simplification of rites and permits divorce and second marriage, etc. Despite harsh opposition of Catholic church to reform ideas set forth by Lutherans, it was widely spread with its one hundred theses.

According to Rita Pashayeva, the community member, there are Lutheran communities in various countries where Germans live.

“Bartholomew's Day” is horrifying historical event for Lutherans. On august 24, 1572 thousands of people were massacred in France only because they were protestants.

V. Nesterevo tells that Germans first immigrated to Azerbaijan 200 years ago: “In 1817 General Ermolov ordered to settle first groups of Germans in Azerbaijan. First mass immigration of Germans to Azerbaijan comes to 1817-1819 years. Germans immigrated to Azerbaijan were residents of Wurttemberg Kingdom. German families settled two colonies named Helenendorf (Goygol district) and Annenfeld. It was planned settlement. Beside these colonies, Germans also settled Georgsfeld, Grunfeld, Aihenfeld, Traubenfeld, Elizavetinka villages. In late 19th and early 20th centuries majority of Germans residing in Azerbaijan were practicing Protestant branch of Christian religion. Protestant church was constructed in Helendorf in 1857. Number of Lutheran churches were built in Gadabay, Shamakhi, Baku, Shamkir in later periods. There are restored kirches in Shamkir and Goygol. Lutheran church in Goygol operates as history museum, while in Shamkir it is open to prayer. There are Lutherans in Turkey: Germans and children born of mixed marriages. Recently they visited us.”

According to head of community, the reason of Germans migration to Azerbaijan in that period was difficult living conditions and shortage of fertile soil: “According to German laws of that period family legacy was going to youngest child in the family. But families generally were large. So German families suffering from economic problems wanted to emigrate to new lands. German migration to Caucasus occurred in that period. Germans were settled in Azerbaijani and Georgian lands, as in that period there wasn’t Armenian state in Caucasus. No confrontation between immigrant Germans and local population was registered.

Why did German population of Azerbaijan reduce?

More than 20 thousand German citizens of Azerbaijan were exiled to Siberia and Kazakhstan without any evidence with Mikoyan’s initiative and Stalin’s decree. Community members noted that a lot of people died during transportation and others in new places of settlements of hunger and cold. The remaining Germans settled there and didn’t return to Azerbaijan. Notably, most of their houses were grabbed by Armenians under Mikoyan’s patronage. It is historically known that, before deportation of Germans from Khanlar (today’s Goygol district) not a single Armenian resided in the district. Armenians grabbed houses of exiled Germans. Many settlements were established by Germans in Goygol, Shamkir, Dashkasan, Gadabay districts. Some of famous buildings constructed by Germans in Azerbaijan are located in Baku.

Vera notes that Lutheran religious community in Baku was established in 1994 and passed state registration. More than one hundred of overall 500 German citizens of Azerbaijan are members of our community. Lutheran community and church were closed in years of repression. During soviet period not only Lutheran, but also all religions were treated in similar way. Catholic church was totally destroyed, but our kirche in Baku survived by chance.

After death of Kirov in 1934, as the church is a tall structure, it was used as workshop to make his huge monument; this saved church from demolition. As Germans were deported to Siberia and Kazakhstan, the kirche was used as workshop. After restoration of independence of Azerbaijan Germans started to gather together gradually.

There were some Germans who left Azerbaijan after independence. But dreams of most of them didn’t come true as they couldn’t meet linguistic and cultural requirements of German government. On the other hand, Azerbaijan has become a homeland for Germans born and lived here for a long time.

We have difficulty to pay rent for prayer

Lutheran church is government property, and operates as chamber and organ music hall. We are concerned to pay AZN 20 to pray once a week in our church. As most of our members are aged people, it is difficult to collect this money. Agreement signed between German embassy and Ministry of Culture and Tourism 20 years ago envisaged symbolic $1 payment for 1 year. But later the fee rose to AZN 20. We look for and find sponsors who help us”, V. Nesterevo said. 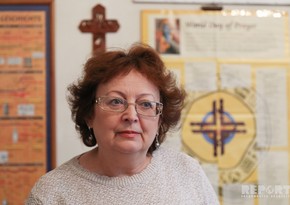 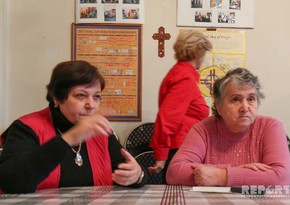 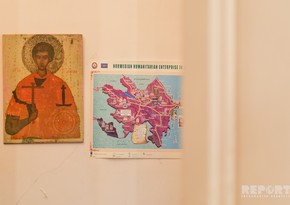 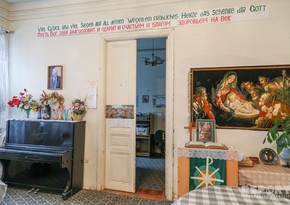 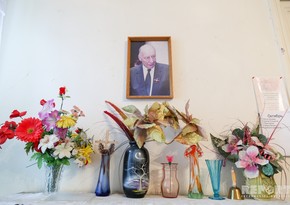 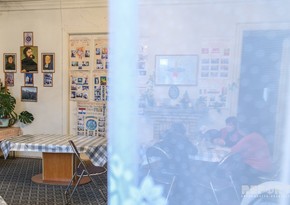 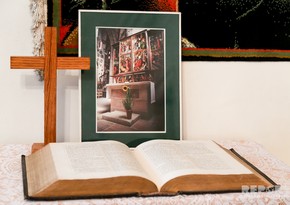 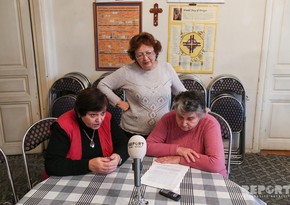 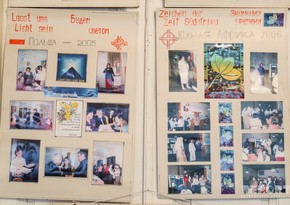 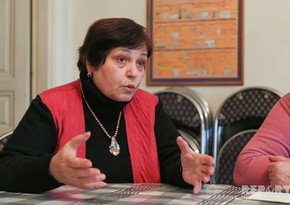