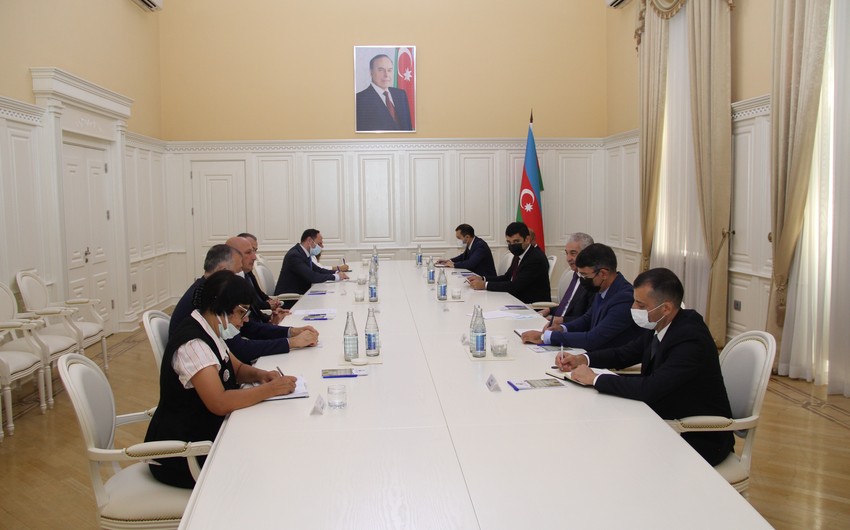 Azerbaijan's Deputy Prime Minister Ali Ahmadov has met with the delegation led by Zaza Vashakmadze, Chairman of the State Agency for Religious Issues.

Report informs that Ali Ahmadov stressed the historical relations of friendship and good neighborship between Azerbaijan and Georgia during the meeting.

Informing the guests about the acts of vandalism committed by Armenia in Azerbaijani territories throughout 30 years of occupation, the Deputy Prime Minister noted that the history and culture of Azerbaijan, the values associated with the people's religious views received a huge blow. Speaking about the reconstruction works conducted by Azerbaijan in Karabakh after the 44-day Patriotic war, Ali Ahmadov noted that during his visit to the liberated lands, the Georgian ambassador to Azerbaijan, Zurab Pataradze, witnessed the acts of vandalism committed by Armenians.

Expressing his gratitude for the warm welcome, Vashakmadze touched upon the importance of developing cultural ties between the two countries. He provided details about the Azerbaijani theater under construction in Tbilisi. He expressed his deep gratitude for the construction of the cultural center in the Gakh district of Azerbaijan with the financial support of the Heydar Aliyev Foundation.