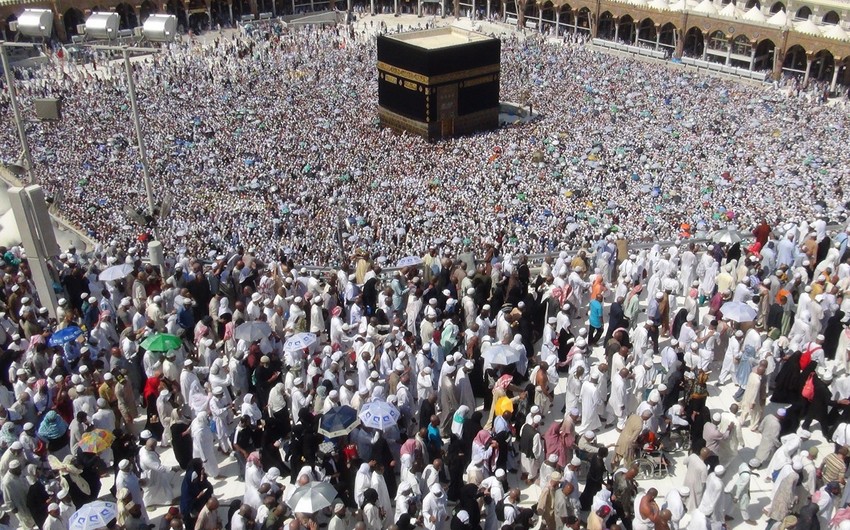 Report was told by one of Azerbaijani pilgrims.

The pilgrims have already performed Umrah. Currently, they are at hotels and in normal condition.

They will stay at Mount Arafat on September 11. An official statement of the Supreme Court of Saudi Arabia declares that September 2 was accepted as the last day of Dhu'l-Qi'dah,as moon wasn't visible. Today, Dhu al-Hijjah, the last month of Islamic calendar begins.

Day of Arafah coincides with September 11 Gregorian calendar. The first day of Eid al-Adha will be celebrated on September 12. Therefore, pilgrims will stay at the mount on September 11.

Notably, the last group of Azerbaijani pilgrims will leave for Saudi Arabia via morning and evening flights on September 4.