Eid al-Adha prayer not to be performed in Azerbaijan amid pandemic Depending on the country, the celebrations of Eid-ul-Adha can last anywhere between two and four days.
493 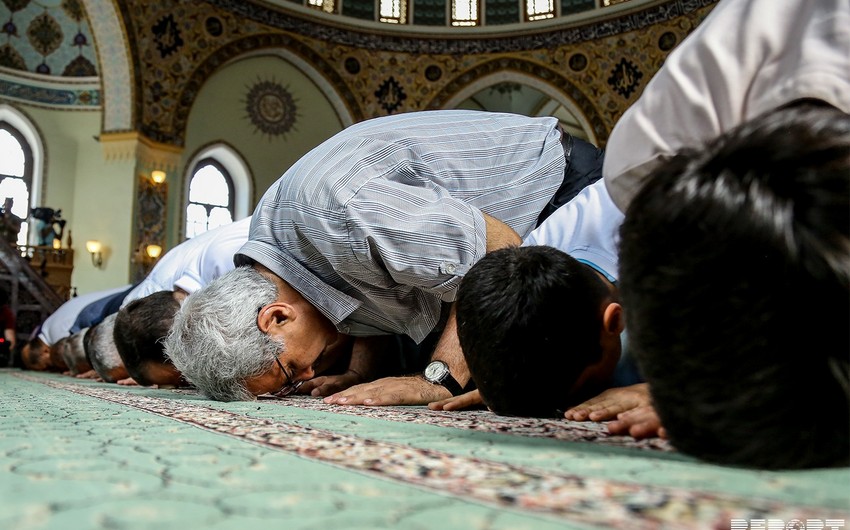 The Caucasus Muslims Office has recommended performing Eid prayers at home this year due to the coronavirus pandemic. At the same time, citizens are advised to order Eid al-Adha animal sacrifices, gifts online.

The celebration of Eid-ul-Adha is to commemorate Prophet Ibrahim’s devotion to Allah and his readiness to sacrifice his son, Ismail. At the very point of sacrifice, Allah replaced Ismail with a ram that was to be slaughtered in place of his son. This command from Allah was a test of Prophet Ibrahim’s willingness and commitment to obey his Lord’s command, without question. Therefore, Eid-ul-Adha means the festival of sacrifice.

Depending on the country, the celebrations of Eid-ul-Adha can last anywhere between two and four days. The act of Qurbani (sacrifice) is carried out following the Eid Salaah (Eid Prayers) performed in the congregation at the nearest Mosque on the morning of Eid.
The act of Qurbani consists of slaughtering an animal as a sacrifice to mark this occasion in remembrance of Prophet Ibrahim’s sacrifice for Allah.

This is also known as Udhiya. The days of animal sacrifice total three days, from the 10th to the 12th of Dhu-al-Hijjah.
The sacrificial animal must be a sheep, lamb, goat, cow, bull, or a camel; the sheep, lamb, or goat consist of one Qurbani share, whereas a bull, cow, or camel consist of seven shares per animal. The animal must be in good health and be slaughtered in a “halal” friendly, Islamic way over a certain age.

The Qurbani meat can then divided into three equal portions per share; one-third is for you and your family, one-third is for friends, and the final third is to be donated to those in need.
Traditionally, the day is spent celebrating with family, friends, and loved ones, often wearing new or best attire and giving gifts.