Azerbaijani President extends Christmas greetings to Orthodox Christian community 'There has never been national or racial discrimination, ethnic or religious intolerance between nations and ethnic groups living in Azerbaijan' 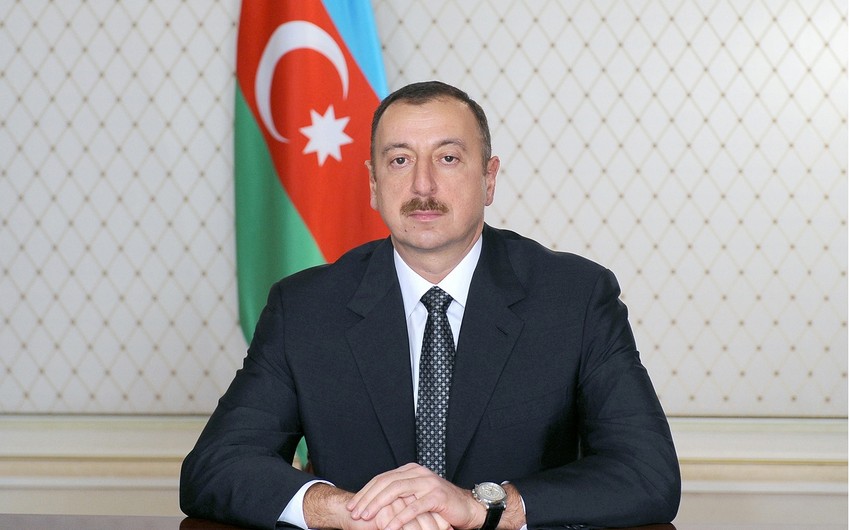 Baku. 6 January. REPORT.AZ/ President of the Republic of Azerbaijan Ilham Aliyev has congratulated the country`s Orthodox Christian community on Christmas.

Report informs, in his message of greetings, the Azerbaijani President said: “I would like to heartily congratulate you, the Christian community of Azerbaijan, and extend my best wishes to all of you as you celebrate the sacred holiday of Christmas, commemoration of the blessed birth of Jesus Christ.”

“Christianity has a very ancient history in Azerbaijan. It is no coincidence that the first Christian temples in the Caucasus emerged in our country. Having co-existed here for centuries, monotheistic religions played a priceless historical role in forming peaceful, friendly, and brotherly relations between people. There has never been national or racial discrimination, ethnic or religious intolerance between nations and ethnic groups living in Azerbaijan.”

“The independent Republic of Azerbaijan today remains committed to the traditions of tolerance and multiculturalism. Regardless of their language, religion and ethnic background, all citizens of Azerbaijan enjoy human rights and freedoms, including freedom of conscience and religion, based on international principles. All ethnic minorities living in the country are provided with equal democratic conditions for preserving their religious and spiritual values, and national traditions, and for improving their language and culture,” the President said.

“It is with great satisfaction that I emphasize that as an inseparable part of the multi-confessional and multi-ethnic Azerbaijani society, the Christian community as always fulfills and will fulfill with dignity their civic duty for our country's prosperity and development,” President Ilham Aliyev added.