Allahshukur Pashazadeh: We urge all Muslims to unite for Karabakh conflict settlement

Allahshukur Pashazadeh: We urge all Muslims to unite for Karabakh conflict settlement 'Azerbaijan's support to the Palestinian state will continue'
324 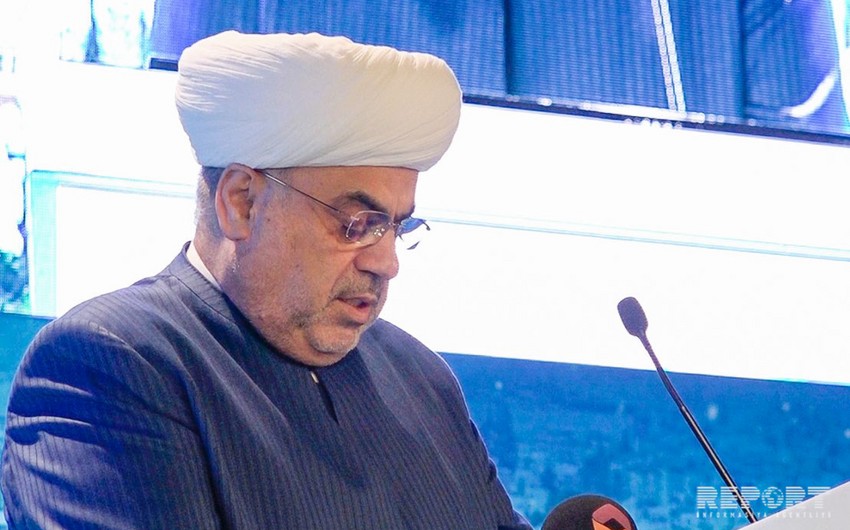 Baku. 29 January. REPORT.AZ/ "Azerbaijan is a part of the Islamic world, and negative processes and trends in Muslim countries are a source of concern for us”.

According to him, Azerbaijani state and people are also interested in eliminating these unpleasant situations and make Muslim countries live in peace and stability: “Azerbaijan supports the East Jerusalem as capital of Palestine stands for the solution of the problem between the two states. Our country gives great contributions to the Islamic solidarity. The announcement of the last 2017 year as the "Year of Islamic Solidarity" in Azerbaijan is a clear proof of this. We are in favor of love and peace in the Muslim geography. Our humanitarian assistance and moral support to the Palestinian state will continue”.

Pashazadeh also recalled the quote of Turkish President Recep Tayyip Erdoğan, "Jerusalem is a red line for Muslims" and said that the sensitivity of the brotherly country to the Muslim geography is worthy of praise: "We are grateful to the Turkish government for protecting Muslims. The problem of Jerusalem, which is considered sacred for the heavenly religions and the first holy place is the problem of every Muslim and all Muslim geography. The gate of peace, the key to peace is Jerusalem, and we must put this problem in unity and solidarity”.

He also touched upon the Armenia-Azerbaijan Nagorno-Karabakh conflict: "This problem is one of the major conflicts in the Muslim world, which is still waiting for the solution. We see that Europe and Western countries are allowing double standards in the Muslim countries. What kind of justice can we talk about here? The Azerbaijani lands belong to people and urge the Muslim geography to unite for solving the Nagorno-Karabakh problem”.