Allahshukur Pashazadeh holds meeting with Patriarch of Moscow and All Russia

Allahshukur Pashazadeh holds meeting with Patriarch of Moscow and All Russia The meeting was held on the eve of a trilateral meeting of religious leaders of Azerbaijan, Armenia and Russia 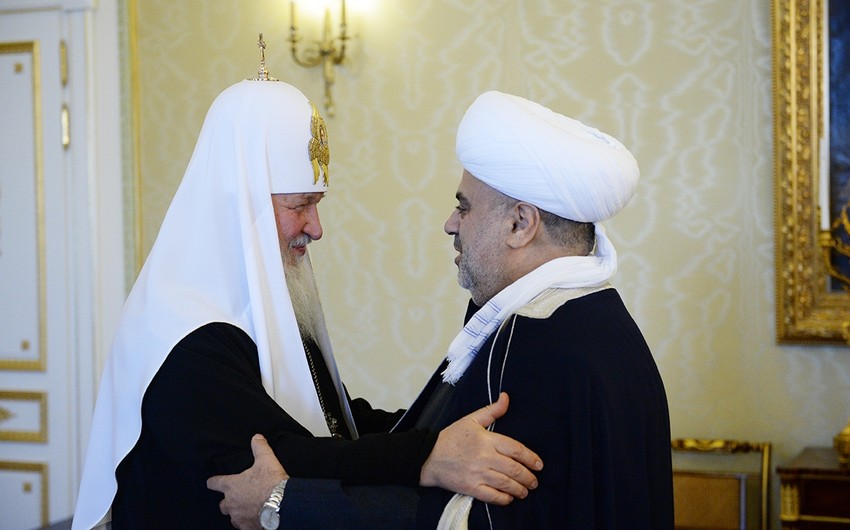 Report informs referring to the Russian media, the meeting was held on the eve of the trilateral meeting of religious leaders of Russia, Azerbaijan and Armenia on the problem of Nagorno-Karabakh.

The Primate of the Russian Orthodox Church thanked the head of the Muslims of the Caucasus for his visit to Moscow and noted the sheikh's great contribution to the development of the dialogue between religions and peoples.

A.Pashazade told about the events that take place in the framework of the Islamic Solidarity Year in Azerbaijan, announced by Azerbaijani President Ilham Aliyev.

The sides declared their readiness to continue cooperation in the field of peacekeeping and expressed hope that the forthcoming tripartite meeting would contribute to the settlement of the conflict in the Caucasus.