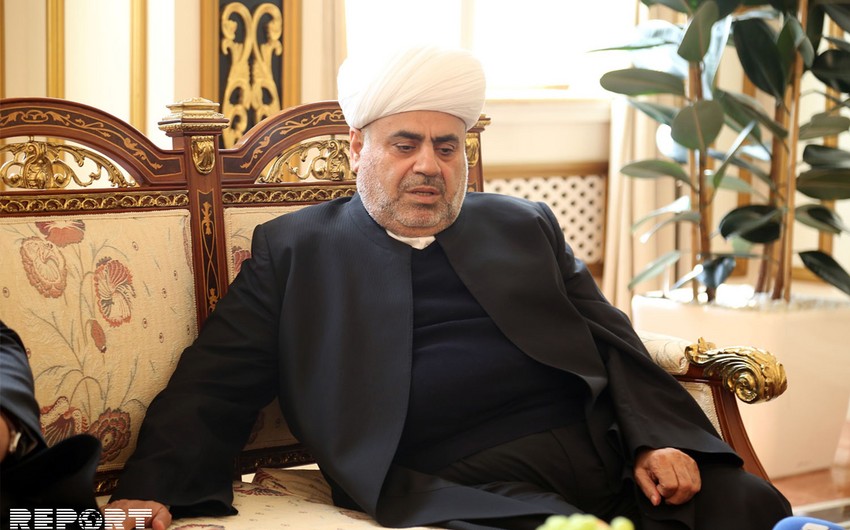 The Chairman of the Caucasus Muslims Office, Sheikhulislam will pay a visit to Russia.

According to the head of the Information and Analytics Department of the Russian Muslim Spirituality Directorate Dilyara Akhmetova, the Azerbaijani delegation led by Sheikhulislam Allahshukur Pashazade will take part in the VII Reporting and Election Congress of the Spiritual Administration of Muslims of the Russian Federation, which will be held in Moscow on September 23.

The event will be attended by honored guests, including ministers, supreme muftis, rectors of major educational institutions from more than 50 countries.

According to Akhmetova, such a large-scale congress of Muslim clergy will be held within the walls of the Cathedral Mosque for the first time. İt will summarize not only the five-year reporting period, but also a quarter of a century since the beginning of the consolidation of Russian Muslims under the auspices of the Moscow Cathedral Mosque.