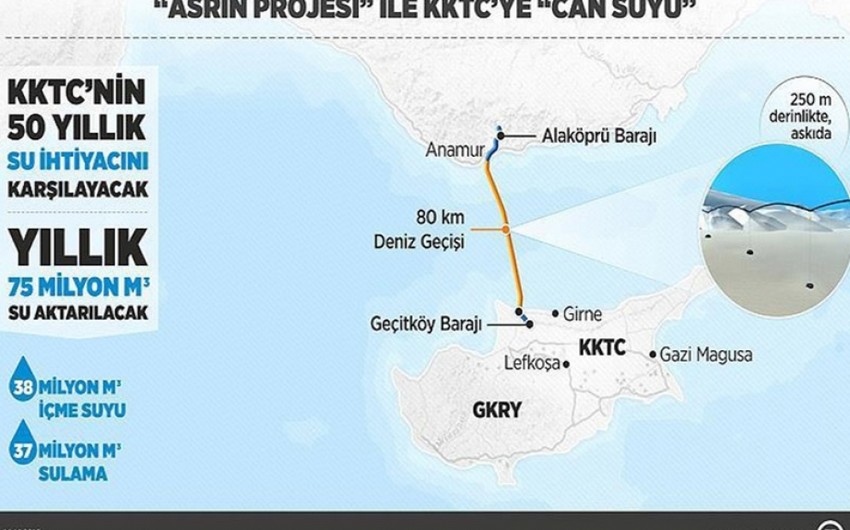 "We solved the transmission line failure of this project, which is unprecedented in the world, as soon as possible. Today we are opening an irrigation and transmission tunnel," he added.

Erdoğan stressed that the Turks of Northern Cyprus are well aware of the injustice: "Northern Cyprus has been experiencing water shortages for 30 years. To solve this problem, water transportation from Turkey for drinking and irrigation has been on the agenda. A line was laid from Turkey to Northern Cyprus at a depth of 250 meters under the sea. The length of the pipeline is 5.7 km."

Construction of the pipeline began on January 20, 2020. According to the report, so far, the population of Northern Cyprus has used water from underground sources. Residents suffered because the seawater was mixed with that water.

The Turkish president emphasized that the Cyprus issue, which has been going on for half a century, has failed: "Those who showed respect for everyone's rights wanted to see the Turks as a minority in their lands."