UNESCO urges Turkey not to convert Hagia Sophia into mosque 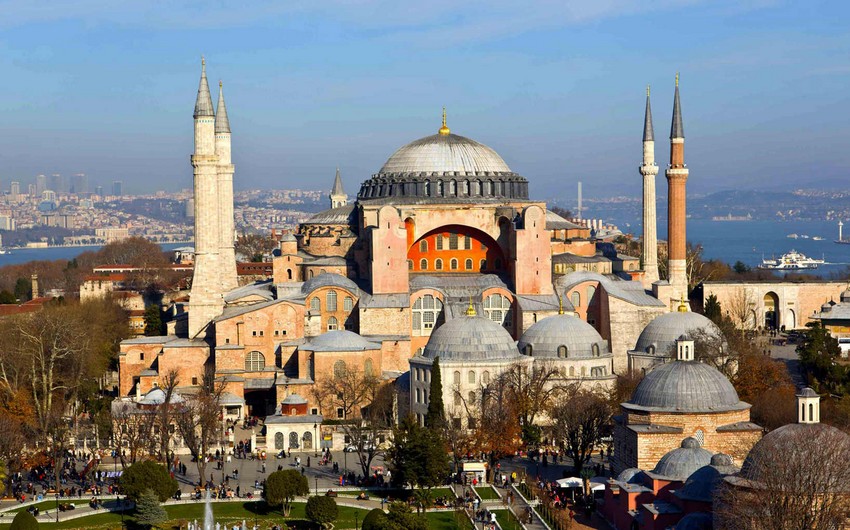 The UN's cultural agency UNESCO warned Turkey against converting the Byzantine-era Hagia Sophia museum in Istanbul into a mosque, urging dialogue before any decision is taken, Report says, citing the organization's statement.
The Hagia Sophia, which was first a cathedral then a mosque after the conquest of Istanbul, is inscribed as a UNESCO World Heritage site as part of an area designated as "Historic Areas of Istanbul."
"Thus, a state must make sure that no modification undermines the outstanding universal value of a site listed on its territory," UNESCO said.
"Any modification must be notified beforehand by the state to UNESCO and be reviewed if need be by the World Heritage Committee."
UNESCO said it had expressed its concerns to Turkish authorities in several letters and conveyed the message to Turkey's ambassador to the institution on Thursday.
"We urge Turkish authorities to start a dialog before taking any decision that could undermine the universal value of the site," UNESCO said.
Turkey's Council of State, its top administrative court, is looking at a case brought by a Turkish NGO that would allow the Hagia Sophia to be redesignated as a mosque, a move backed by President Recep Tayyip Erdogan.
According to the Turkish media, the decision is expected later Friday.