According to information, Turkish president will meet with his Belarusian counterpart in Minsk Independence Palace. Presidents will discuss issues related development of cooperation between two countries.

Moreover, opening ceremony of rebuilt Minsk mosque will be held with participation of presidents. Notably, the mosque initially built in 1890 was demolished in 1962. Construction of the mosque was launched in 2014.

About 100 thousand Muslims live in Belarus at present. 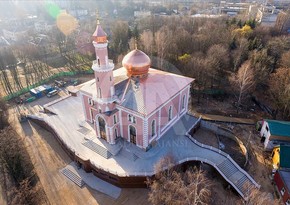