Turkish President: 25% of Syria under control of PYD and YPG terrorists

Turkish President: 25% of Syria under control of PYD and YPG terrorists Erdoğan: More than 3500 TIR trucks with weapons delivered to the region 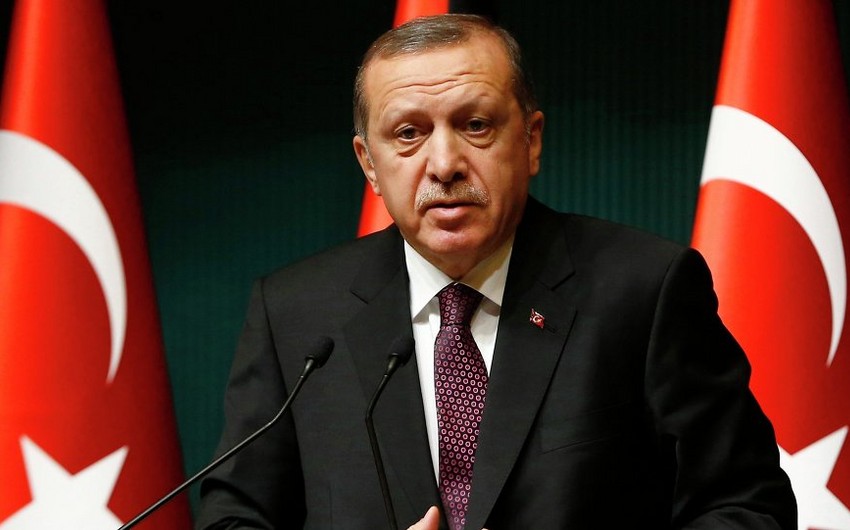 Baku. 24 October. REPORT.AZ/ "More than 3500 TIR trucks with weapons delivered to the region”.

"When we are fighting Turkey's terrorist groups, we see that the pressure exerts on us. The US is carrying out a process of cleaning Rakkan from Isidor, with the PYD and YPG, the branch of PKK terrorist group in Syria.

They say: "They are not the PKK. What do you think of hanging portraits of separatists on the Raqqa (the portrat of terrorist PKK leader Abdullah Öcalan - "Report"). We talk about the facts and the realities. More than 3500 TIR trucks were transported to the region. We know where and how they were packed. You know that well”, Erdoğan said.

According to him, at present 25 percent of Syria is under the control of PYD and YPG terrorist groupsş

“For whom such a suria is beneficial? It is clear that, Syrian people have nothing to do with it. We are also not happy with the scenery we are facing. The separatist terrorist group seized the oil wells in the Deir ez-Zor in Syria. With the help of who? We strive to change this landscape", he added.