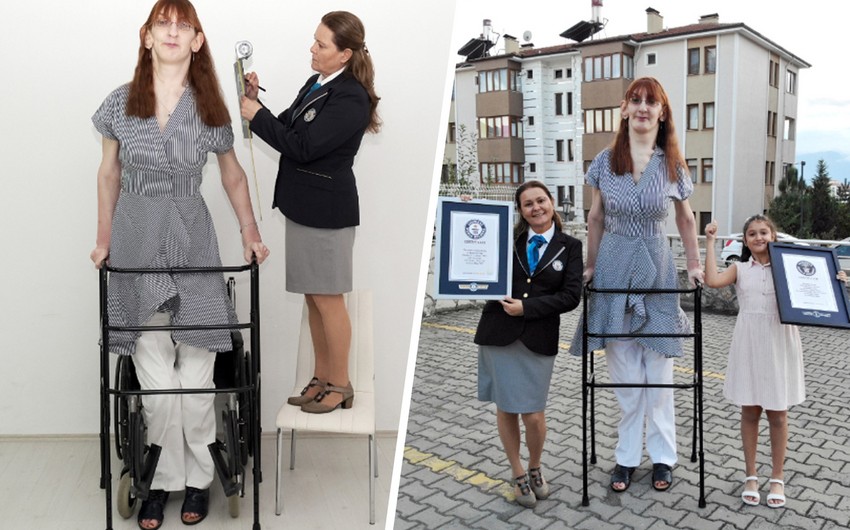 Rumeysa was re-measured this year after being first awarded the title for the tallest teenager living (female) back in 2014 when she was 18.

Her tall stature is down to a condition called Weaver syndrome, an extremely rare condition that causes accelerated growth amongst other abnormalities, including skeletal maturation.

The condition means that Rumeysa uses a wheelchair most of the time but can move for short periods using a walker.

Ever since her first record in 2014, Rumeysa has felt it was important to use her platform to educate others about rare medical conditions such as her own.

She says that her height makes people intrigued when they pass her on the street, but most people are kind and supportive when they meet her for the first time.