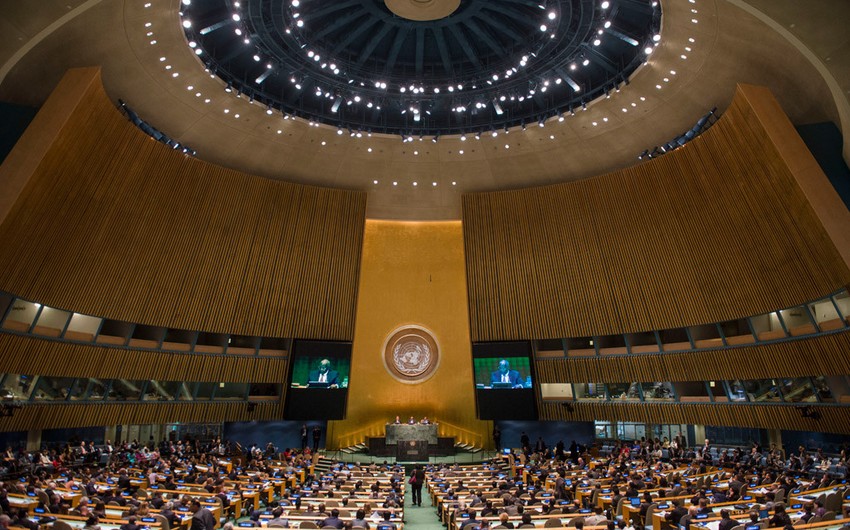 Baku. 16 October. REPORT.AZ/ Election of five new non-permanent members of the Security Council for 2015-2016 will be held today in the General Assembly. Report informs, three countries: New Zealand, Spain and Turkey run for two vacancies from the Western European and other countries.

There is the only one candidate from a group of Latin American countries  - Venezuela. The same non-competitive situation is also observed in a group of African and Asian-Pacific countries. There are two candidates for two places: Angola and Malaysia.

Since December 31, Rwanda, South Korea, Argentina, Australia and Luxembourg stepped down these posts in the Security Council.