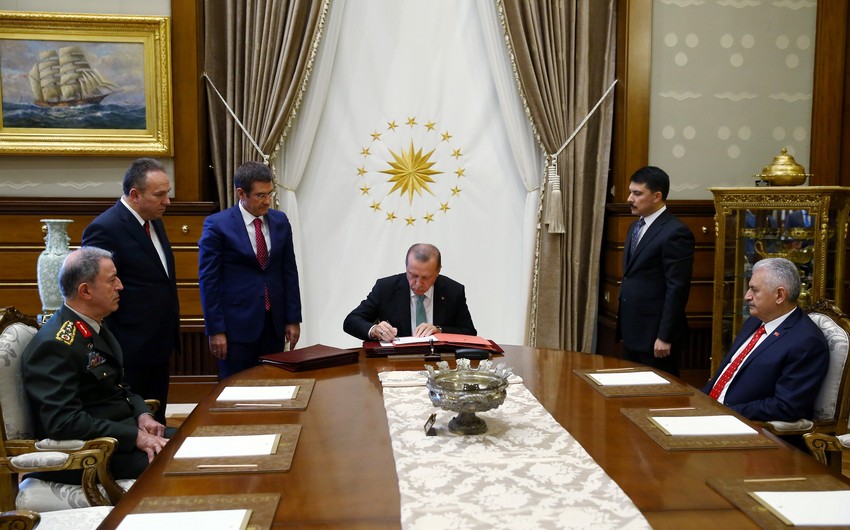 Report informs citing the Haberturk, the decision was made on June 27, at a meeting of Turkish President Recep Tayyip Erdoğan on the "new system".

Recep Tayyip Erdoğan, who was re-elected president and the parliament will inaugurate on July 8. Heads of ministers and ministers will be present at the ceremony with their positions. After the inauguration, the presidential form of government will be launched.

At the meeting, an agreement was reached on the abolition of the state of emergency in Turkey after the state coup on 15 July 2015.