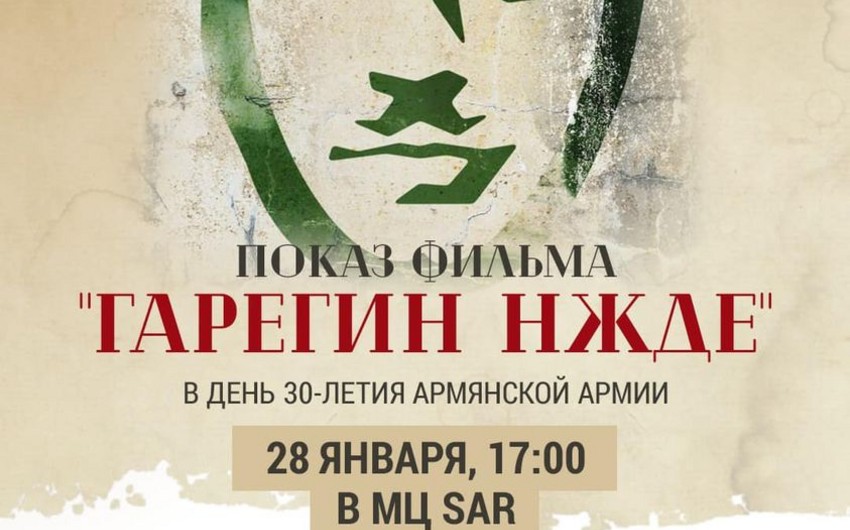 Russian veterans opposed a very peculiar initiative of the Union of Armenians of Russia to mark the day of the Armenian army by showing a film about the fascist servant Garegin Nzhdeh.

Report informs that the all-Russian public movement Veterans of Russia appealed to Russian Prosecutor-General Igor Krasnov with a request to investigate this issue designed to rehabilitate Nazism and its accomplices and give it a legal assessment.

As the veterans note in their address, the film is dedicated to the glorification of the Armenian nationalist in the service of Hitler during the Great Patriotic War.

"Any attempts to justify the Nazi criminals and their collaborators" are not just a falsification of history – but also immoral in nature," the veterans point out.

In their appeal, the veterans cite interrogation protocols described in Vache Hovsepyan's book "Garegin Nzhdeh and the KGU. Memoirs of an intelligence officer". In particular, they mention that Hitler's accomplice Nzhdeh was involved in the recruitment and training of saboteurs.