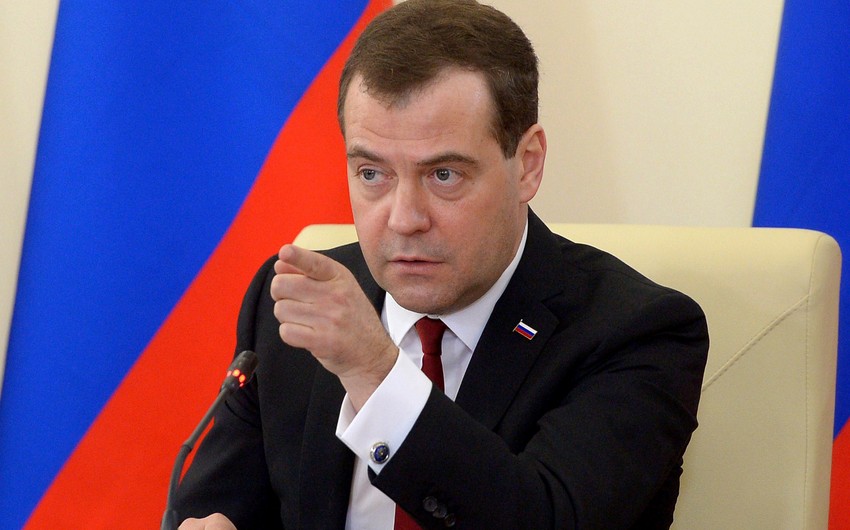 Baku. 3 August. REPORT.AZ/ “By adopting the bill on new sanctions, the United States has declared a full-scale trade war to Russia.

Commenting on the bill imposing new sanctions on Russia, the head of the Russian government said: “First of all, the hope to better relations with the new U.S. Administration has died. Secondly, a full-scale trade war has been declared to Russia. U.S. politicians have fully defeated Trump. The U.S. President is not happy with the new sanctions, but he cannot not sign it. The new sanctions demonstrate the complete impotence of the U.S. President. The last target is to remove him from politics.

Notably, the U.S. Senate adopted on August 2 the bill on “The Fight against Enemies of the U.S. through Sanctions” against Russia, Iran and North Korea. Some 419 out of 435 congressmen and 98 senators voted in favor of and 3 congressmen and 2 senators against the bill.

In total, half of a 184-page document is dedicated to Russia.